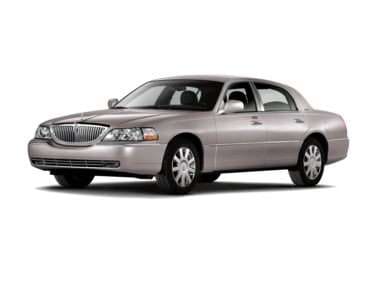 All About Lincoln Town Car

The Lincoln Town Car is a four-door, five-passenger full-size luxury sedan. The Lincoln Town Car is manufactured in St. Thomas, Ontario, Canada alongside the Ford Crown Victoria and Mercury Grand Marquis. Main competition to the Town Car include the Cadillac DTS, Mercedes-Benz S-Class and BMW 7 Series. Among Lincoln's current lineup, the Town Car is the only vehicle to carry a storied name from the company's past. A car with this name first appeared in 1922 as a custom Lincoln built for Henry Ford. The name appeared again from 1959 to 1980 on several different trims before becoming its own model in 1981. It became the largest sedan in Lincoln’s line in 1982. Since that time, there have been three generations of the Town Car. Minor improvments occurred in 1995 and the vehicle underwent a redesign in 2003.

The Lincoln Town Car will be in production through 2009 and maybe for a year or two after. Adjustments are being made for the current market conditions and changing consumer tastes. The Town Car almost finished in 2007 with the plant’s closure, but production was moved to Canada instead.

This is the only American luxury large sedan with rear-wheel drive. It comes in the Signature Limited and Signature L with a six-inch longer wheelbase giving the rear passengers more legroom. The Lincoln Town Car Signature L offers heated rear seats, rear audio and climate controls making this model even more special.

Under the hood is a 4.6 L V8 engine offering 239 horsepower and 287 lb-ft of torque that is paired to a 4-speed automatic transmission. The trunk on this vehicle offers 21 cubic feet of space and is one of the largest in this segment of the market. For the undercarriage, there is a hydroformed steel frame offering a stiff platform. This allows the suspension to be tuned for a smooth ride. Rack and pinion steering adds another nice touch.

There are some options available such as Xenon headlamps, chrome alloy wheels and a trunk organizer. Oddly enough, the navigation system is no longer available.

Safety features on this vehicle are also well done, as to be expected for all of the Lincoln line. Included as standard are traction control, ant-lock disc brakes, rear park assist, power-adjustable pedals, front side air bags, dual-zone climate control, leather upholstery, and a front bench seat.

The 2008 Lincoln Town Car has an extremely high safety results in the government crash tests. The National Highway Traffic Safety Administration (NHTSA) gave the vehicle a five star rating across the board including the rollover resistance rating.

The 2009 Lincoln Town Car has had extensive changes in its interior design, including an entirely new dashboard and a completely new design for the instrument panel for a more elegant look. The interior has much more of its burl walnut veneer than in years past. The dash features a new analog clock with wings in the center of the dashboard for a new look in 2009. There are also more metal panels inside that feature a brushed satin finish.

The frame of the Town Car has been redesigned for a new look since 2008. There is now a rack-and-pinion steering system in place, new suspensions in the front and the rear and a new braking system. The trunk is larger in 2009 and there is a new trunk lid. The styling in both the front and the rear has changed subtly, with small changes here and there that don’t make the new external designs as noticeable as the interior ones. In addition to the new trunk lid, the rear taillights, rear quarter panels and fascia have been changed. In the front, the front fenders and the hood have been subtly changed.

There are four trim levels available for the 2009 Town Car: the Signature, the Signature L, the Signature plus, and the Designer Serious. The base trim level is the Signature, which comes with 17- inch aluminum wheels, a full leather interior and two-tone exterior paint standard. The Signature Plus adds adjustable pedals, power seats that are heated, a steering wheel trimmed with wood and leather and an audiophile sound system with eight speakers standard. The Signature L trim features a longer wheelbase to allow more rear legroom and a package of rear seat features that includes audio/climate controls and heated seats in the rear. The Designer Serious trim includes upgraded leather, a unique wheel design and a two tone interior trim.