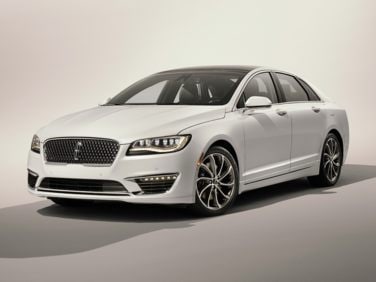 All About Lincoln MKZ

The Lincoln MKZ is a four-door five-passenger entry-level luxury sedan. The Lincoln MKZ is manufactured in Hermosillo, Mexico alongside the Mercury Milan and Ford Fusion. Main competition to the MKZ niclude the Cadillac CTS, Mercedes-Benz C-Class and Acura TL. The Lincoln MKZ was originally marketed as the Lincoln Zephyr with its debut in 2006. After one year, the name was dropped and the vehicle upgraded to become the Lincoln MKZ in 2007. The 2008 Lincoln MKZ is your regular more traditional entry-level luxury sedan. It’s a similar vehicle to the Ford Fusion and the Mercury Milan but with prettier packaging. Through the various upgrades and name changes, the Lincoln ‘look’ stays clear, making it easy to recognize. The familiar Lincoln waterfall grille and chrome trim are still there are as are the smooth lines, contemporary look and the highly visible LED tail lamps.

As an entry-level vehicle in the luxury market, the Lincoln MKZ has to have certain elements standard to meet consumer expectations.

Under the hood of this vehicle is a 3.5 L V6 engine offering 263 horsepower matched with a six-speed automatic transmission. The car is easy to drive with smooth steering. The car has good pickup and go in the front-wheel drive models but with the all-wheel drive option, the throttle is a little slower. This is a minor trade-off for drivability in bad road or winter conditions.

The EPA fuel economy rating for the 2008 model is 18 miles per gallon in the city and 28 mpg on the highway.

In the luxury classes, there are certain expectations; space and comfort are two of them. The Lincoln MKZ offers both in abundance. The interior is rich with warm leathers and wood. The interior is quiet and soothing. For the 2008 model, the front seats have a heating system as standard and a cooling system as optional. Lincoln also added in a reverse-sensing system, remote entry, remote start, telescopic steering column, leather covered steering wheel and shifter knob, and the SYNC system, a Ford design, which offers hands-free integrated communication and connectivity in the form of Bluetooth connectivity, Sirius Satellite radio, even a tire pressure monitoring system – all on a touch screen as well as voice control for cell phones, PDAs and MP3 players.

Other luxury features included are the automatic climate control, a moonroof, a navigation system, chrome wheels and an optional surround-sound audio system. Missing on the 2007 models were Bluetooth cell phone integrations, keyless and back up sensors. These have been added to the 2008 model, although some are optional.

The 2009 Lincoln MKZ offers all these features standard as well as THX® II Certified Car Audio System, and the Standard AdvanceTrac with Electronic Stability Control for improved driving in all road conditions.

In the government crash tests, the Lincoln MKZ received four stars across the board and five stars for the driver in frontal impact crashes. The NHTSA gave the car a four star rating for the rollover resistance. With the IIHS tests, the MKZ earned an ‘acceptable’ rating for the side crash tests.

The 2009 Lincoln MKZ has a few small changes and upgrades over the past model year’s vehicles. The MKZ gets a new package of options called the Midnight Black package. This comes with leather upholstery and wood trim that come in a black and gray color scheme. The 2009 MKZ also comes standard with satellite radio and the Sync audio system in 2009. Sync is a THX II-endorsed sound system that allows voice activation for many of the system’s functions. It is only found on Ford vehicles. Electronic stability control is another new standard feature for 2009.

The Lincoln MKZ has only one trim level. It comes with a 3.5 liter, V6 engine with 263 horsepower. The only transmission available is a six-speed automatic. The MKZ comes standard with front-wheel drive and it has an option for an all-wheel drive system that is electronically controlled. This system can transfer the power from the front to the rear as well as from one side to another. It can accelerate from zero to 60 miles per hour in less than eight seconds.

The single trim level comes standard with 17-inch wheels made from alloy, interior wood trim, front seats that are heated and cooled, automatic climate control with dual zones, remote keyless entry, satellite radio, leather upholstery, a six-speaker CD player and sound system with AM/FM/MP3, power windows with one touch to send them up or down, a memory function for the driver’s seat, cruise control, and an auxiliary audio jack. The MKZ also comes with a number of standard safety features, including side-impact airbags in the front seat, antilock disc brakes, head curtain airbags that are full length and electronic stability control. It has a total of six airbags. The Reverse Sensing System helps to avoid rear collisions and comes standard.