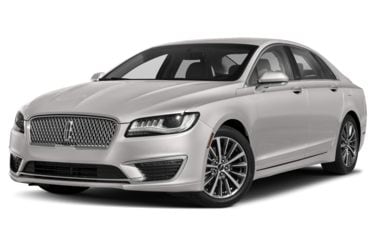 All About Lincoln MKZ Hybrid

Handsome, well crafted and extremely tech-laden, the Lincoln MKZ Hybrid delivered outstanding fuel economy for a luxury car and for people who preferred to be socially responsible in a quiet way. Unlike the Prius, the Lincoln offered the advantage of both near anonymity and exclusivity. If you were the sort who wanted to ride nice and remain out of sight, the Lincoln hybrid luxury car served quite well in that regard.

Sharing its platform with Ford’s Fusion and the now-defunct Mercury Milan, the 2010 Lincoln MKZ Hybrid’s powertrain consisted of a 2.5-liter four-cylinder engine and an electric motor, whose combined output was 191 horsepower. The front wheels were fed by a continuously variable automatic transmission. The MKZ Hybrid could travel at speeds of up to 47 miles per hour on electric power alone for short distances in its E.V. mode.

As nice as all of this looks in writing, many reviewers condemned the MKZ Hybrid because it was too similar to Ford’s exceptionally well-equipped Fusion Hybrid. Whether it was because the Fusion Hybrid was too good at fighting above its weight class, or the MKZ Hybrid wasn’t holding up its rep in its own, is open to debate. Either way, you could get pretty much everything the MKZ offered on the Fusion for less money.

An all-new version of the Lincoln Hybrid was introduced for model year 2013, when Ford reworked both the MKZ and the Fusion. The second-generation concept MKZ was revealed at the Detroit Auto Show in 2012, with the production model being shown once again at the New York show. This version of the Lincoln MKZ hybrid’s powertrain produces a system total of 188 horsepower. A 2.0-liter four-cylinder engine with an electric motor—through a continuously variable transmission—feeds the front-drive powertrain. Fuel economy is quoted at 45 miles per gallon in both city and highway driving.