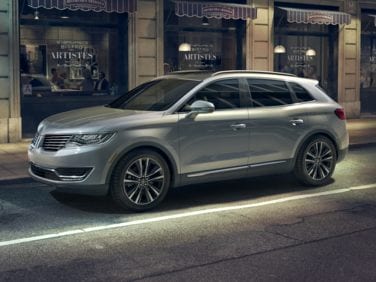 All About Lincoln MKX

The Lincoln MKX is a four-door, five-passenger luxury crossover SUV. The Lincoln MKX is manufactured in Oakville, Ontario, Canada alongside the Ford Edge, Ford Flex and a future full-size crossover, the Lincoln MKT. The Lincoln MKX first was introduced to the maket in 2007. There have been no major changes in the first two years. Now in its third year, the 2009 Lincoln MKX continues to offer loads of space, a versatile utility and performance.

This SUV has a sporty exterior with nice chrome touches on the trim to match the large chrome wheels. Under the hood of the Lincoln MKX is a 3.5 L V6 engine offering 265 horsepower that’s matched to a six-speed automatic. This vehicle comes standard with front wheel drive, however, all wheel drive is available as an option. The all-wheel-drive system is specially tuned for all-weather driving. It also the capacity to regulate and direct the torque to all four wheels as required even before a problem occurs.

Exterior features for this vehicle include a black spoiler with Chrome grille and beltline, front fog lamps, privacy glass and solar tinted glass as well as body colored door handles.

The EPA fuel economy rating for the Lincoln MKX FWD is 17 miles per gallon in the city and 24 mpg on the highway.

The interior of the 2008 model has a soft white theme, giving a soothing look and feel to the interior. The trim is wood and nickel. Adding to the interior comfort is a better sound insulation than many other competitive vehicles. The cargo space is decent and the back seats recline or fold forward via an Easy Fold remote switch. There are many little storage cubby holes including a center console that is large enough to hold a laptop. A nice feature is the overhead panoramic vista roof opens up the sky on a beautiful day. At the rear liftgate is a unique lighting feature with LEDs inside and out.

Standard features include satellite radio, heated and cooled front seats, a backing up sensing system, a power lumbar support system for the front seats, memory mirrors and driver seat settings and also Ford’s Sync system. For the rear passengers, heated seats are available. Other options include projector-beam headlights, DVD navigation system, a rear-seat DVD system with an 8-inch screen, and an entertainment system consisting of 24 speakers and a 600-watt THX II audio.

Lincoln offers many special packages such as the Ultimate, Elite, Limited Edition, Monochrome Limited, 'Ebony, and the Cargo Accessory Package.

The safety canopy system for the curtain bags offers excellent protection in case of a rollover. There is also AdvanceTrac for roll stability control that actually works to prevent these kinds of situations in the first place. Two other important safety features included with the Lincoln MKX are the four-wheel anti-lock brakes and traction control. In the safety crash tests, the Lincoln MKX rated five stars for the driver in frontal crash tests and for the driver and rear passenger in the side impact tests. The passenger in a frontal crash test rated a four star rating. The NHTSA rates the vehicle four stars for rollover resistance rating.

The 2009 Lincoln MKX has had several changes made to it since the last model year, including new features, small styling changes and a new, upgraded sound system. The 2009 models now come with a navigation system that is voice activated and a power lift gate standard. There are also new hooks located in the cargo compartment, a cargo net that is now included standard and a garb handle located above the front passenger seat. The new sound system is a THX II-certified system with 5.1 surround sound, 12 speakers and a 12-channel amplifier for a better-quality sound.

Special edition vehicles with the Ultimate package come with 18-inch wheels made from chrome, upgraded leather upholstery, adaptive interior lighting and a second row seat that folds down with power folding. These features are available with either all-wheel drive or front-wheel drive. The fourth special edition comes with both an Ebony Interior Package and the Ultimate package.

There is just one power train available with the MKX. It features a 3.5 liter, V6 engine with 265 horsepower. The transmission system is a six-speed automatic. The vehicle can tow up to 3,500 pounds. It comes standard with traction control, front seats that are heated and cooled, ABS, an antiskid system, front and curtain side airbags, a memory system for the driver’s seat and the Sync control system that allows voice-activated control for MP3 players and cell phones.