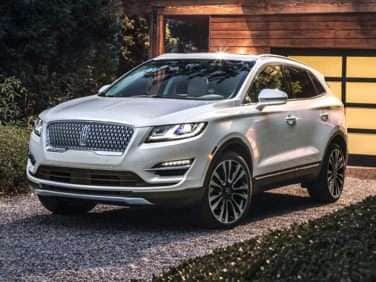 All About Lincoln MKC

Following an emerging theme at Lincoln, (more power from smaller engines) there is no V6 variant of the MKC, just as there is no V8 variant of the new Lincoln Navigator. All-wheel drive is offered as an option, the default powertrain is front-drive. In an effort to provide both a comfortable ride and sporty handling, the MKC offers a three-mode adaptive suspension system as an option with front-drive models. The adjustable suspension system is standard equipment when all-wheel drive is specified.

While many of the mechanicals may be derived from Ford’s more mainstream Escape model, the styling is all Lincoln. The brand’s winged façade leads the look of the new small SUV, exaggerating its wide stance. The HID headlamps are accented with LED daytime running lights for a more distinctive appearance. Flowing back from the grille is a handsomely sculpted hood, leading to nicely raked “fast” windshield treatment. The Lincoln’s understated dark chrome trim gives the MKC a thoroughly modern look, while the flared wheel arches emphasize the Lincoln’s stance by making it look more firmly planted. The handsomely carved liftgate features and integrated spoiler and is equipped with handsfree opening. Waving your foot under the rear bumper activates it.

Perhaps demonstrating a shift in control philosophy, the MKC’s center stack features knobs and buttons—rather than the touch-sensitive panels populating Ford's cars of late. The new Lincoln does have the obligatory touch-screen video monitor in the center console, but functions like the climate control system are not entirely imprisoned within it—there are external controls for it too. Most functions can also be voice activated. In keeping with Lincoln’s reputation of having the nicest interiors of any American marque, genuine wood trim garnishes the cabin’s supple leather-lined interior.