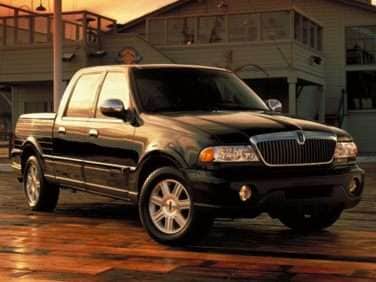 All About Lincoln Blackwood

The Lincoln Blackwood was in barely in the second year of production before being pulled from the market a year early. Lincoln never intended to manufacture the Blackwood long-term, but had hoped to sell about 18,000 in 2002 and 2003. Less than 2500 were sold by the end of the first year.

The Lincoln Blackwood was positioned as a luxury truck/SUV crossover. In reality, the Blackwood was an upscale version of the Ford F-150. The front-end was styled after the Lincoln Navigator along with some interior designs. The main difference between a run-of-the-mill F-150 and a Blackwood is the cargo bed. Rather than a tailgate, the Blackwood has two side-opening doors and has storage compartments, stainless-steel sidewall trim, internal lighting and floor carpeting. There is also a non-removable, front-hinged, power-lifted, solid tonneau bed cover.

When introducing a luxury truck into the market, Ford could not meet the standards of a luxury truck already set by the Cadillac truck, the EXT. With the Cadillac EXT being the luxury truck of choice for most people, the Lincoln Blackwood got little attention. Also, regular full-size trucks were beginning to be made with more comfort and luxury features along with a wide range of power-train combinations and towing capabilities. Paying almost double for a truck with a limiting bed and four bucket seats was just not necessary.

The power-train was also limited to one model. A 5.4-liter V8 engine with an output of about 300 horsepower and 355 pound feet of torque was mated to an automatic transmission with a limited-slip differential and traction control. The truck was available in rear-wheel drive only. EPA estimated gas mileage is 12 mpg city and 17 mpg highway.

Other features are a theft-deterrent system, rear privacy glass and fog lights.