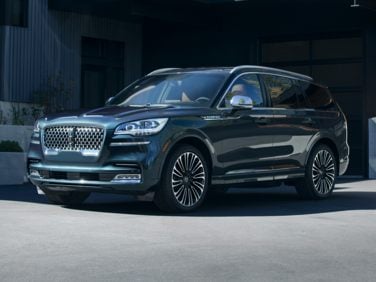 All About Lincoln Aviator

The Lincoln Aviator had its genesis in the explosion of mid-sized sport-utility vehicles that occurred a few years after the turn of the millennium. With luxury crossovers beginning to steal buyers away from established full-size SUV’s, Lincoln decided to create a new vehicle that would take the bold styling of the Lincoln Navigator and graft it onto a smaller platform. Using the same basic underpinnings as the Ford Explorer, the Lincoln Aviator debuted in 2003. The vehicle offered similar levels of opulence as the once genre-defining Navigator in an easier to park package.

The 2005 Lincoln Aviator looks to all the world like a three-quarter sized version of its bigger brother. In fact, the similarity is so striking that at a distance it is quite difficult to tell the two vehicles apart. Each bears the same toothy chrome grille, lower body cladding and distinct angular styling. For Aviator drivers this is a bonus, as the vehicle is priced below the full-size SUV, but for Navigator owners it has become a bone of contention with some complaining that it detracts from the exclusivity of their truck.

Underneath the hood, the family resemblance continues, only this time the Aviator is borrowing from the Ford Explorer – specifically, its 302 horsepower, 4.6 liter V8. With 300 lb-ft of torque, this engine allows the Aviator to tow up to 7,300 lbs when equipped with an optional towing package. This places it head and shoulders above most luxury crossovers and gives the vehicle an extra dimension of utility. Rear-wheel drive is standard, but the Aviator can also be ordered with all-wheel drive for greater traction in the snow and on wet pavement. Either version of the Aviator comes exclusively with a 5-speed automatic transmission.

While mechanically the Explorer and the Aviator may be able to claim a common heritage, the Lincoln’s interior is completely different story. The Aviator’s leather seats, trim and wood accents are beautiful, every inch the lap of luxury that Lincoln buyers have to expect from the company. The vehicle can be configured to seat up to seven passengers, depending upon the presence of second row bucket seats or a bench. A center console for the second row is also available. Luxury goodies such as dual climate controls and power adjustable pedals are standard equipment, and the Aviator also makes use of backup sensors which detect any obstacles that might be situated in the vehicle’s path while reversing. HID headlights and a DVD entertainment system are available as options.

The Aviator drives very much like its Explorer sibling, although larger 17-inch wheels and a better braking system help to differentiate the two. The Lincoln also comes with an anti-roll system which works to detect dangerous situations where tipping might occur and then attempts to correct things through the vehicle’s AdvanceTrac stability control. AdvanceTrac itself is an impressive feature, able to shunt power from the rear axle to the front and also from side to side depending on road conditions.

2005 was the final year for the Lincoln Aviator, as the vehicle’s pricing lead most buyers to chose the larger Ford Expedition over the luxury SUV. The Aviator was replaced by the Lincoln MKX crossover vehicle for 2006.