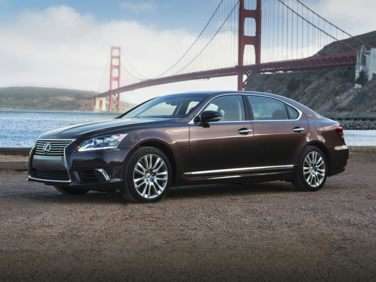 When the first Lexus LS was introduced in 1989, the model established a new paradigm for prestige automobiles. Naturally, being a luxury car, it was quiet, smooth, comfortable, and exceptionally well appointed. It was also thousands of dollars cheaper than competing models from Mercedes-Benz and BMW.

In fact, it was so good, and its price point was so low, when Mercedes-Benz’s product team reworked the S Class after the LS was introduced, they chose to move the Benz farther upmarket. They literally abandoned the segment to the Lexus, but buyers didn’t follow. Ultimately, the Mercedes returned to go toe to toe with the Lexus—but to no avail. The LS remained the best-selling car in the class from then on, just as it is to this day.

However, this not to say Lexus avoided mis-steps along the way. In fact, if you ask most automotive pundits, the one Lexus model that left many of them scratching their heads was the gasoline/electric hybrid version of the car. Many felt it represented a case of a car company doing something simply because it could be done.

In 2008, Lexus introduced a hybrid version of its flagship model, dubbed the Lexus LS 600h L. This made it the first production car to employ a full hybrid powertrain married to a V8 engine. The Lexus system used a pair of high output electric motors feeding off of nickel-metal hydride battery packs. A continuously variable transmission was employed to transmit power. The all-wheel drive system’s total output was rated at 439 horsepower.

Many critics decried the Lexus LS hybrid as being superfluous because it only achieved nominally better fuel economy than its non-hybrid counterpart. And while the Lexus marketing team tried to make the case the LS 600h L’s powertrain endowed the car with the power of a V12, but the fuel consumption of a V8, the fact the car’s performance barely exceeded that of its V8 counterpart made that argument ring a bit hollow.

One thing’s for sure though, the Lexus LS 600h L did not fall short on creature comforts. The model offered every option available for the LS 600 with only self-parking, smart cruise control, and the executive seating package being left to the buyer to choose. This also goes a long way toward explaining why it was the most expensive Japanese luxury sedan ever offered at the time of its introduction with a base price well north of $100,000.