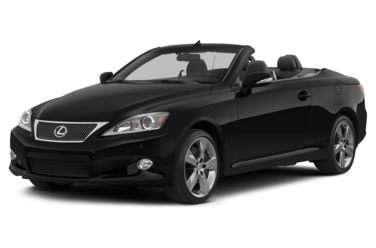 The Lexus IS 350C is a four passenger, hardtop convertible variant of the Lexus IS series that made its debut in October of 2008 at the Paris Motor Show. The IS lineup was treated to a refresh for that model year, which included some exterior modifications as well as upgrades to the suspension and steering components to improve drivability characteristics such as control and stability. The Lexus IS 350C went on sale in North America and Europe in early 2009, alongside the Lexus IS 250C and a more limited version of the IS convertible, the IS 300C. Another refresh, in 2010, provided interior updates for the IS model lineup, to keep the IS series competitive against the other Japanese and European luxury auto manufacturers.

The drivetrain in the rear-wheel-drive Lexus IS 350C yields 306 horsepower, thanks to a 3.5-liter V6 engine. The engine is paired to a six-speed automatic transmission with manual shift controls. The Environmental Protection Agency rated the Lexus IS 350C’s fuel economy at 19 miles per gallon city, 27 miles per gallon highway, and 22 miles per gallon combined. Lexus F Sport performance accessories are available as stand-alone options on the IS 350C, to help tune suspension, handling, braking and engine performance on the convertible, and there are also 18-inch and 19-inch wheel upgrades.