It's an inauspicious time to be introducing a pair of new diesel-powered vehicles to the American market, but Land Rover isn't flinching. In the face of Volkswagen's diesel imbroglio, Land Rover has brought the 2016 Land Rover Range Rover TD6 and the Range Rover Sport TD6 to meet a trans-Atlantic audience for the very first time. No stranger to turbodiesel technology - after all, diesel is the backbone of Land Rover's European sales - these two vehicles have nevertheless seen their drivetrains specifically tuned to please U.S. buyers with a fine balance between performance and frugality at the fuel pump. As tiny as the market might be for these types of vehicles, Land Rover is gambling that it can steal away at least a few high-end SUV fans who would have otherwise headed to one of its German competitors for their turbodiesel fix.

I spent two days behind the wheel of both the Range Rover TD6 and Range Rover Sport TD6 against the desolately beautiful backdrop of Sedona, Arizona, to get a feel for how Land Rover's diesel decision has altered the personality of its class-leading SUVs. With a few very specific caveats, both of these luxury beasts answered the call with aplomb - even when I ran out of road miles before I had reached my destination.

Both the 2016 Land Rover Range Rover TD6 and its more affordable Range Rover Sport TD6 sibling have been assigned the same 3.0-liter turbodiesel V-6 drivetrain. This means that each model boasts identical stats: 254 horsepower and 440 lb-ft of torque, with the latter figure coming on at a very low 1,750 rpm. Given that the curb weights of the two vehicles are within roughly 180 lbs of each other, it's not surprising that Land Rover's engineers have elected to make only the slightest of adjustments to their respective engine management systems (this also goes for the eight-speed automatic gearbox that is standard across with both TD6 models). Permanent four-wheel drive is also included free of charge with both the Range Rover and Range Rover Sport.

Aside from producing monstrous amounts of low-end torque, the primary appeal of diesel engines is their ability to sip fuel at a more relaxed rate than a similarly-gifted gasoline equivalent. In this respect, the 3.0-liter turbodiesel V-6 outfitted to Land Rover's TD6 models comes as advertised: the EPA rates each vehicle at 25-mpg in combined driving (which breaks down further into 22-mpg around town and 29-mpg on the highway). This is significantly better than the 3.0-liter supercharged gas-powered V-6 offered in the base model of each vehicle - a 32% improvement, in fact - and needless to say much improved over Land Rover's optional 5.0-liter supercharged V-8.

After putting many miles on the Range Rover TD6 and Range Rover Sport TD6 up and down mountain passes, across level Arizona plain, and including several hours of slow-marching off-road crunching, I observed 24-mpg from the trucks. This is with the automatic engine start/stop system disabled, of course - an irritation I can't abide. Land Rover claims that compared to the base model, each TD6 will save its owner $450 in fuel costs in an average year.

Good, but Not Great, On-Road Performance

Good, but Not Great, On-Road Performance

440 lb-ft of torque sounds fantastic - it's the kind of number that leaps off the page, grabs you by the throat, and begs you to floor the accelerator to validate its promise of performance. Unfortunately, diesel torque tends to be delivered in a far more staid fashion than similar numbers from gasoline engine designs, and that's the case with the 2016 Land Rover Range Rover TD6 and Range Rover Sport TD6.

I wasn't expecting lightning-quick response to my right foot ministrations from either of the vehicles, but even for a turbodiesel, the 3.0-liter V-6 takes its time once you've dug in your spurs. This is especially true off of the line, where there's a tad more turbo lag than one would expect before forward progress begins in earnest. Land Rover claims that when measured by a stopwatch the TD6 setup is a match for its 332 horsepower supercharged gas V-6 in a straight-line, but my butt-dyno tells me different. On the highway, you can count on a little more oomph when passing between 55-mph and 75-mph, but despite maximum torque being available well under 2,000 rpm range the eight-speed gearbox downshifts with gusto, winds out the diesel mill into the 4,000 rpm range, and then patiently collects speed.

I can live with a more relaxed interpretation of the term 'acceleration' when puttering around town, but in the face of turbodiesel options from Mercedes-Benz such as the GL-Class and GLE-Class, the Land Rover TD6 design doesn't compare well when out on the open road. It's not dangerously slow by any stretch of the imagination, but it doesn't come across as a luxury-level experience, which makes me wonder if the engineering team might have erred a little too much on the side of fuel economy during the tuning process.

Nothing has been lost in the translation of Land Rover's off-road acumen into a turbodiesel template. No surprises here, as the Range Rover and Range Rover Sport have been toting around diesel mills for many years outside of North America, which has given the brand plenty of time to work out any bugs. Our first day of off-roading consisted of a mountain trail that was certainly rocky, but not particularly challenging, and it served to show off more just how comfortable the Range Rover Sport was when dealing with the kind of terrain that in other sport-utility vehicles would have your organs jostling each other for thoracic dominance.

Day two got us a little more worked up, as the entire morning was spent shepherding the big daddy Range Rover across a desolately gorgeous desert landscape that occasionally required the use of the vehicle's Terrain Response 2 system, combined with low-range four-wheel drive. In these scenarios, the voluminous torque offered by the TD6 package was much appreciated as it came on smooth and unruffled, especially when using Land Rover's version of crawl control to maintain steady forward progress over uneven ground. There's very little out there in the natural world that will stop either the Range Rover Sport or Range Rover in its quest to get from A to B, and the turbodiesel's fuel-conscious character and excellent torque underscored the go-anywhere nature of these two SUVs.

Quietest Diesel Cabin in Its Class

Quietest Diesel Cabin in Its Class

Regardless of where you choose to drive the 2016 Land Rover Range Rover TD6 (or the Range Rover Sport TD6), you will no doubt be shocked by how quiet the vehicle is from the inside. In fact - and I am not exaggerating - there is not a hint of diesel clatter to be detected from inside the cabin of either SUV, nor will you pick up the whistle of its turbocharger as you call down for greater go when passing. For all intents and purposes the TD6s sound are mechanical whisper machines, which not only sets them apart from their diesel-powered classmates but also separates them from the delightfully guttural exhortations of their gas-powered family members. The only time you'll be able to tell that either of these Land Rovers are burning something other than gasoline is when you open one of the cabin doors, making it possible to detect the still-quiet but telltale click of the turbodiesel in operation.

No Emissions Fears from Land Rover

No Emissions Fears from Land Rover

Thanks to Volkswagen's TDI confession that I alluded to earlier it's impossible to discuss diesel at this juncture in time without addressing emissions. Land Rover categorically stated that there are no 'defeat devices' installed on any of its TD6 models in order to illegally scam federal testing, a seemingly unnecessary-yet-completely-necessary commentary on the current state of trust in the auto industry.

The brand was more than happy to talk about the equipment in use to clean up the tailpipes of all of its Land Rover diesel models. Specifically, a low-pressure exhaust gas recirculation system (EGR) reduces the temperature of exhaust gases before they are introduced back into the engine, making for more efficient processing and a cleaner burn while reducing any impact on turbo lag. The Range Rover TD6 and Range Rover Sport TD6 also come with a selective catalytic reduction system (SCR) that injects diesel exhaust fluid into the catalytic converter to reduce hazardous NOx levels as much as possible.

It's a Small, Small Market

It's a Small, Small Market

It's clear that Land Rover wants to get in on the diesel SUV action that it's ceded for so many years to Mercedes-Benz, Audi, and BMW here in the United States. Still, it's important to realize that this is a very small piece of the overall automotive action, with less than five percent of all sales in America allocated to diesel customers. This stands in stark contrast to nearly 90 percent of Land Rover's business in Europe devoted to diesel drivetrains, with 50 percent of the brand's buyers worldwide also opting for diesel models from the brand. It's tempting to see the introduction of the TD6 as an experiment for Land Rover - and perhaps one with a fixed shelf-life, given the moving target of American emissions standards - but a company its size typically doesn't introduce a new product without having first verified whether there was a genuine customer demand. It's unlikely that future U.S. Land Rover sales will skew 50 percent to the diesel side of the equation, but then again, no one predicted that Chrysler would be scrambling to build enough of its own turbodiesel SUV engines to satisfy orders.

Barely Any Premium to Pay

Barely Any Premium to Pay

I mentioned earlier that Land Rover predicts that the TD6 will lop $450 off your yearly fuel bill for both the Range Rover and Range Rover Sport. Given that the TD6 editions of each of these SUVs costs a mere $1,500 more than the entry-level gas models, that means at current diesel and gas prices you're back in the black after a mere three years. This isn't a bad value proposition for an alternative fuel edition of a luxury suv, but still, you'll have to dig deep into your wallet to get on-board: the Range Rover Sport TD6 will set you back $66,450, while the Range Rover TD6 asks for $86,450. 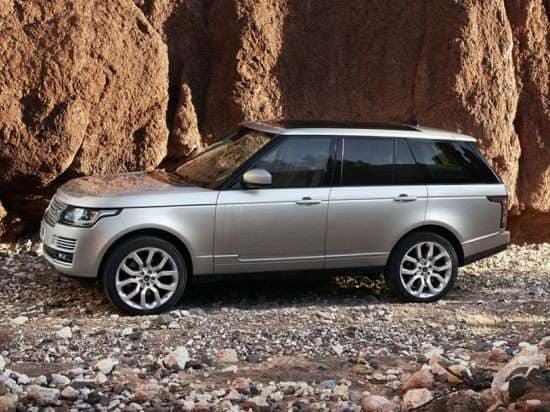