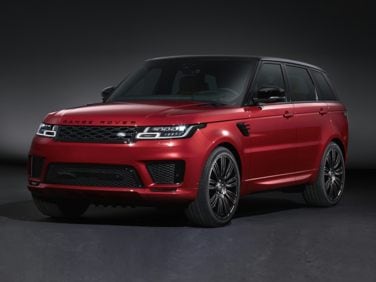 Land Rover is a British vehicle brand that is owned by Jaguar Land Rover, which was acquired by Tata Motors in 2008. Based in Whitley, Coventry, England, the Land Rover brand is known for its four-wheel-drive sport utility vehicles. Land Rover is the second oldest four-wheel-drive brand of cars in the world, after the Jeep brand. Land Rover was originally the name of a specific vehicle made by the Rover Company, but gradually developed into its own brand. The first vehicle bearing the Land Rover name was introduced in 1948, and the brand came about in 1978. Over the past several decades, the Land Rover brand has been subjected to several acquisitions by companies such as British Leyland Motor Corporation, BMW, and Ford Motor Company, before Ford sold the Land Rover and Jaguar brands to Tata Motors. Land Rover vehicles are assembled in Jaguar Land Rover production facilities in Solihull and Halewood, England.

Most models of the Land Rover Range Rover Sport feature Brembo brakes. The vehicle also features sporty suspension components, such as electronic cross-linked air suspension that allows the driver to select from three ride heights for different types of terrain. Land Rover’s Terrain Response system is another drivability feature that allows the driver to adjust settings on the chassis and transmission so the vehicle can tackle road or landscape conditions. The Terrain Response system settings are designed specifically for general driving; grass, gravel and snow; mud and ruts; sand; and rock crawl, and the settings are displayed on an infotainment screen in the center console. The Range Rover Sport’s off-road capabilities are further enhanced by a Magna Steyr electronically locking differential, with an optional rear differential.