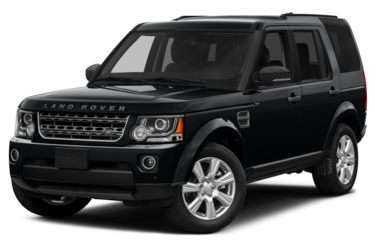 All About Land Rover LR4

In fact, the first version of the Land Rover Discovery even offered a four-cylinder engine.

When the fourth generation of the Discovery was offered in 2009, the model was brought to the North American market as the 2010 Land Rover LR4. In true Land Rover fashion, the LR4 does a commendable job of pairing a luxurious interior treatment with a rugged go anywhere body and powertrain. Of course, this has both benefits and detriments.

Weight is the chief detriment, as the LR4 is typically heavier than its natural competitors. However, none of them can offer the Land Rover LR4’s ability to keep on going the way it does, while cosseting its three rows of occupants with stadium style seating in supreme luxury even after the lines on the navigation screen have long run out. By the way, those rear seats fold away to offer some 90 cubic feet of cargo space.

Rather than a four-cylinder engine as was found in that first Discovery, the current Land Rover LR4 features a 5.0-liter V8 capable of generating 375 horsepower and 375 ft-lbs of torque. A six-speed automatic transmission routes propulsion to all four wheels. Land Rover’s Terrain Response system is also fitted to the LR4, enabling the SUV to deal with pretty much any surface one can find to drive upon—with little intervention from its driver in terms of optimizing the suspension and powertrain setups.

Of course, the people at Land Rover aren’t completely daft. They know these things serve largely as status symbols for the wealthy here in North America. To that end, the LR4 is also configured to provide a very comfortable ride on pavement while displaying exemplary road manners. The only real knock against the LR4 in that regard is its relative fuel-thirstiness when compared to its rivals.