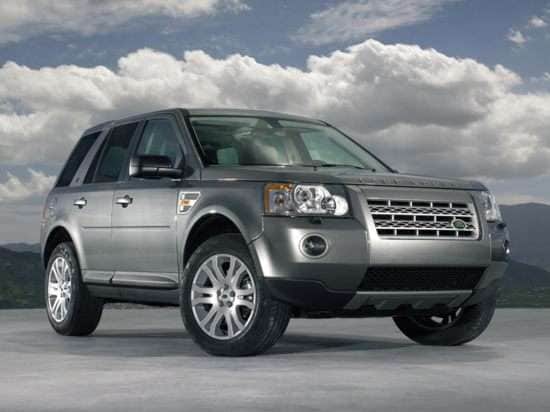 Here in my ritzy neighborhood of Newport Beach, Calif., the Land Rover rules supreme as top status SUV. But I’m big on value and not on brands. So, as an auto journalist, would I consider buying a 2009 Land Rover SUV? Oh yeah! On my road test of Land Rover’s 2009 LR2, I found the brand’s all-out ballsy luxury in an off-road vehicle is terribly tempting, especially with an MSRP of just $33,985. So, here are some reasons to consider buying the 2009 Land Rover LR2:

No other CUV can give you as must prestige as the Land Rover LR2. Here in Newport Beach, where status seems super important, owning a Land Rover means that you can pull into valet parking at chic restaurants and world-class resorts in a Land Rover for just $34,000 or so.

Land Rover’s great resale value and renowned rugged durability both under the hood and on the all-leather interior makes any Land Rover an overall good vehicle value. If you live where there’s often inclement weather in winter, then you can also count on Land Rover’s sterling reputation for getting you to your destination safely in heavy winds, rains, sleet and snow.

The exterior cues of the new 2009 Land Rover LR2 give it an even more luxury look and feel with more curves and more chrome.

Although considered a CUV, the 2009 Land Rover LR2 performs like a versatile mid-sized SUV with excellent AWD and city driving capabilities. The LR2’s small size, compared to Land Rover’s full-sized LR3 and Range Rovers, is misleading. Both outside and inside, the 2009 Land Rover LR2 feels like a rather big vehicle. And yet, the LR2 performs admirably in urban environments for parking in tight spaces, commuting to work, going on shopping trips and hauling around the kids.

On my road test, I found the 2009 Land Rover LR2 drives well in all performance and handling categories. Acceleration is excellent for such a heavy vehicle. On my highway test, the LR2 bolted rather quickly down the freeway and then glided along wonderfully at lightning-fast speeds. Braking felt a bit too sensitive at times, but definitely responsive. Handling, especially the tight turning radius, was impressive in my city driving tests. As for suspension, the LR2 feels much more like an SUV rather than a car with its slight pitching and rolling on bumps and turns. Overall, the 2009 Land Rover LR2 is a delight to drive on city roads and in highway traffic.

Need cargo space? The 2009 Land Rover LR2 easily transforms from a five-seater CUV to an excellent hauler with its flat-fold back seats and deep back cargo area.

And, of course, the 2009 Land Rover LR2 has awesome off road capabilities like its bigger brethren (LR3, Range Rover Sport, Range Rover HSE). Here in suburbia, I really don’t need off road tech, but it’s nice to know that I could power over just about anything in case of a natural disaster or an odd-ball camping trip. And if you intend to take the LR2 off road, then this is definitely the crossover SUV for you with its super cool computerized “terrain response” system.

Fuel efficiency is big these days and the 2009 Land Rover LR2 does fairly well with 15 mpg city and 22 mpg highway. But if you are seeking a more fuel efficient ride, then you might want to think about buying a hybrid SUV.

Don’t like sunroofs or need sun protection when you drive? Then the 2009 Land Rover LR2 may not be for you. The LR2 has two always-open glass panels that cannot be completely closed. Instead, the LR2’s glass panels are outfitted with a fabric-like cover. I am sensitive to the sun, so I asked Land Rover about their trendy see-through panels. Made from “Galaxee” glass, this material is actually formulated to filter out infrared rays and provide light without unpleasant heat. Also, the “sunblinds” block about 70 percent of incoming light

For those who are into modernism, Land Rover may not fit your minimalist design aesthetic. Land Rover designers just seem to love lots of buttons and controls. Fortunately, audio, Bluetooth and cruise controls are built into the steering wheel, lessening the use of buttons on the central console. I especially found the power window buttons, which are located on the door panels, to be far from ergonomic as the driver must lean forward a bit to use them. Surprisingly, I could not find an auxiliary or iPod jack.