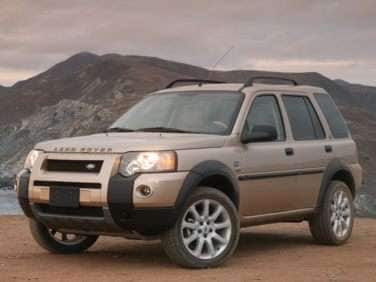 All About Land Rover Freelander

The Freelander is Land Rover’s answer to the compact SUV. The Freelander is made in England and features four doors and a V6 175 horsepower engine. It features all-wheel drive and has an automatic five-speed transmission. The small SUV had no low-range gearing available but it had other features to ensure stability, traction and control in difficult terrains.

The Land Rover Freelander was a hit in several markets when it debuted in 1998 was introduced in the U.S. and Canada in 2002. There have been two generations of the Freelander with the second generation being renamed in North America as the LR2. It retains the Freelander name in the European market. Slow sales eventually lead to its discontinuation in the North American market though it is still produced in other markets.

For an SUV, the engine is small and the horsepower low, but the vehicle has a strong power train that is reliable and efficient. It is well-known for its excellent handling on ice and in slippery terrain in general. Because it has no low gearing, the Freelander is not made for driving over large rocks or for extremely steep upward grades. One of its best features may be its price as it was priced well below most other SUVs, even fully loaded with options.

The vehicle comes standard with heated mirrors that are powered remotely. The rearview mirror has a day/night feature and the front seats have four-way positioning. There is a locked compartment in the back to conceal cargo storage. Front bucket seats and a 40-60 split bench seat in the back will seat five all together. Some models also include a navigation system with voice controls. Some models also include leather upholstery as standard.

The Freelander is a compact SUV, but it is highly competitive in the off-road driving arena. The vehicle has several features that have made it effective at off-road maneuvers. Hill descent control was an important feature in the vehicle’s off-roading capabilities. This feature keeps the vehicle from descending too quickly down hills and steeper grades that are sometimes encountered off road. The traction control system has made the vehicle a favorite for small SUV off-road driving.

The Freelander comes equipped with side impact bars that reduce injury during side-impact collisions. It features fog driving lights for both the front and the rear of the vehicle and an illuminated entry. To prevent break downs, it comes with warnings for low battery, low oil pressure, lights left on, low fuel, open doors, open trunk and high engine temperature. Another warning sounds if the key is left in the ignition. There are pretensioners on the front seat belts and front airbags for the driver and the passenger. The brakes are four-wheel and anti-lock.

Front crash tests showed that the vehicle had improper restraint for the driver and that an impact could result in serious injury to the driver. Because the driver’s seat is pitched forward, the Freelander was graded Poor for restraint capabilities in a frontal crash.