Ten years after Land Rover stopped exporting the Discovery to the United States, the brand is bringing the Discovery name back. The first step is a Land Rover concept called the Vision, which was on display at the 2014 New York Auto Show and Autobytel was there to capture its reveal. Compelling design is at the core of the new Land Rover Vision concept, and this idea was illuminated, literally, by the vehicle’s headlights and fog lights as it turned in the shadows on a darkened platform. Gerry McGovern, the Design Director for Land Rover, described the ways in which the Land Rover Discovery Vision concept marks an exciting new direction for Land Rover while keeping the brand’s heritage styling intact. Its profile is more aggressive than usual, though it’s still familiar. The stance has been improved, making the vehicle look nimble yet sturdy, poised for action. A panoramic roof emphasizes the spacious interior. Access is made easier by outward swinging rear doors, and the absence of a B-pillar means the entire side of the vehicle is accessible when the doors are open. Land Rover considers this new addition to the model lineup as more than just a concept, but as part of as a family. 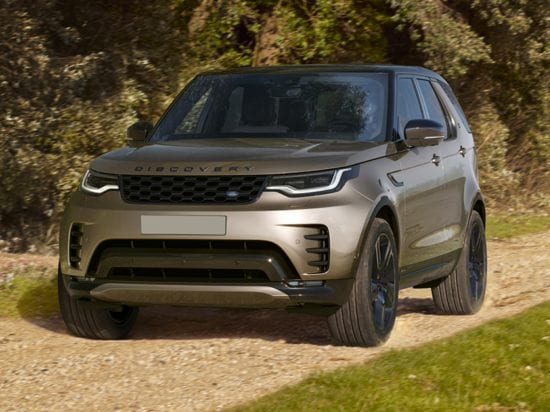