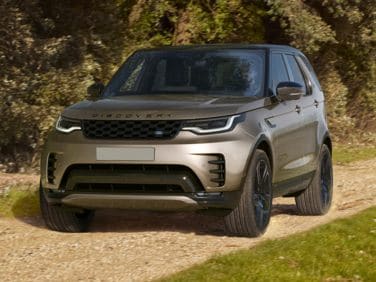 All About Land Rover Discovery

The Land Rover Discovery was first introduced in 1989 in the U.K. The vehicle was an updated version of the popular Range Rover but was made to be priced lower in order to compete with the influx of Japanese imports. The first Land Rover Discovery models were available only in a three-door version. In 1990 a five-door version was introduced. Both the three-door and five-door versions had five seats. Additional seats were available for the back area of the vehicle. Two extra seats could be fitted into the storage portion of the Land Rover. A Discovery Commercial adaptation of the vehicle was later available. This version had no rear windows and was not available in the U.S.

The vehicle was introduced into the United States in 1994 with V8 engines as the only engine option. The first U.S. model year vehicles had no airbags, with the introduction of airbags coming the following model year. The 1995 Discovery models had a 3.9 liter engine that was upgraded to a 4 liter in later model years.

The 1996 model year came with several new options and three Discovery models. It was available in the SE model, the SE7 and the SD. The engine was upgraded to a 185 horsepower and there were several safety and cosmetic improvements. These new versions came with automatic mirrors with a day/night feature and vanity mirrors with illumination. There were also a few cosmetic changes in the moldings.

The safety upgrades in 1996 included dual airbags located in the front seat and ABS brakes. There was also a new theft deterrent system and central locking. There were a number of convenience upgrades to the 1996 models as well. This year saw the introduction of tilt steering, an automatic climate control system, cruise control and power windows. There were also bucket seats added that came with lumbar support.

The SE model came with upgrades to the automatic transmission system. It also came with eight-way adjustable power seats for better comfort and Castor alloy wheels. The addition of front fog lights made the SE safer in inclement weather conditions. A sunroof was also introduced with the SE. The SE7 model had an upgraded air conditioning system with the introduction of air conditioning in the rear. The SE7 also came with a rear step bumper and a folding seat in the rear.

The Discovery was made for a lower price point than the Range Rover, but it was still billed as a luxury SUV. The interior was designed ergonomically for the maximum comfort of the driver and the passengers. The seats and the steering column from the 1996 models onward were designed to fit the driver and passengers for comfort and convenience.

The Discovery was engineered for comfort rather than reliability for the most part. The vehicle had a notoriously poor reliability rating and was found to need repairs more often than the Japanese SUVs that were dominating the market. The last few model years had improved reliability but the vehicle was never deemed as reliable as Japanese imports.