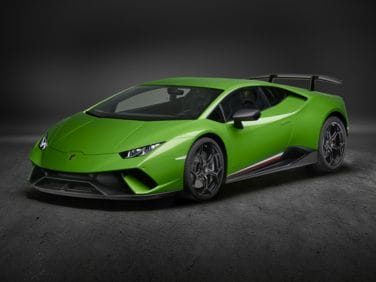 All About Lamborghini Huracan

The Lamborghini Huracan is a sports car that was designed to be the successor to the Lamborghini Gallardo, the best selling and most popular of the manufacturer’s lineup. Lamborghini is an exotic car manufacturer of Italian origin. The company is owned by the German luxury car manufacturer, Audi, which is in turn owned by the Volkswagen Group. This arrangement occasionally leads to shared design and engineering resources, such as some similarities between Audi’s R8 supercar and the Lamborghini Gallardo, which have resurfaced in the Huracan. However, Lamborghini maintains headquarters and production facilities in Sant’Agata Bolognese, Italy. These production facilities build V12 engines as well as complete Lamborghini vehicles. The company was founded in 1963 specifically to produce a vehicle to compete with Ferrari and other sports car manufacturers. Though Lamborghini was initially very successful, having established the standard of a rear mid-engine rear-wheel-drive configuration for sports cars, an economic slump resulted in a series of acquisitions that led to the company’s current ownership by Volkswagen. Lamborghini’s competition tends to be with other super car manufacturers of European origin, and the target market for the Huracan is no exception. The vehicle was designed to compete primarily with the Ferrari 458 and the McLaren MP4-12C.

Lamborghini arranged a global preview tour event for the Huracan, showing off the vehicle to loyal Lamborghini customers around the world. The event reportedly resulted in 700 preorders for the Huracan. Later, Lamborghini formally revealed the Huracan at the Geneva Auto Show in Switzerland in early 2014, and announced that the vehicle would be released in the second quarter of that year as a 2015 model year vehicle. The Huracan is offered in both coupe and roadster body styles. The name, like other Lamborghini models, is inspired by a particular type of bull. The Huracan, which translates to “hurricane” in Spanish, was named for a bull that fought in 1879. Like its predecessor, the Lamborghini Gallardo, the Huracan will be powered by a 5.2-liter naturally aspirated V10 engine, good for 610 horsepower, situated in a mid-engine layout. Unlike the Gallardo, however, the Huracan’s engine will feature both direct fuel injection and multi-point fuel injection, a combination that is a first for this type of engine. The engine is mated to a seven-speed dual-clutch automated manual transmission that features selectable driving modes (street, sport, or race), and helps put the power down to all four wheels. The Lamborghini Huracan has a top speed of 202 miles per hour, and is capable of making the 0-62 sprint (which is the European standard) in 3.2 seconds.

The Lamborghini Huracan features a start-stop system that automatically shuts off the engine at idle and restarts it at throttle input, which helps the car’s fuel economy. A magnetic suspension system allows the car to quickly change its suspension calibrations for performance enhancements. The Huracan is also equipped with full LED lighting. Like other Lamborghini models, a new Huracan is almost endlessly customizable right from the factory. Lamborghini allows customers to personalize options such as interior trim, upholstery, and exterior finish color palettes. Other, more conventional options, include an upgraded suspension, heated seats, dynamic steering, and a navigation system.