To end the 10-year run of Lamborghini Gallardo models, the venerable company has issued the most potent iteration of its entry-level supercar to date; the Lamborghini Gallardo Squadra Corse. Based on the LP 570-4 Super Trofeo single-series racing car, the Squdra Corse is an evolution of the Lamborghini Gallardo Superleggera, a special lightweight higher performing version of the all-wheel drive exotic sports car. By the way, in the Lamborghini universe, Squadra Corse is its version of BMW’s M division, or the Mercedes-Benz AMG group. Seems like overkill to us too; but hey a lighter, faster, better handling Lamborghini Gallardo, who can argue against that? Many of the components found on the Lamborghini are lifted straight from the Super Trofeo racing Gallardo models. This includes the carbon fiber rear wing and removable engine cover. Other weight saving measures include making the door panels, racing seats, and center console cover from carbon fiber. Power comes from a 570-horsepower version of Lamborghini’s longitudinally mounted V10. Transmission of power is conducted through an automated-manual e-gear six-speed transmission, which is shifted via paddles mounted behind the steering wheel. Acceleration from zero to 60 is quoted at 3.2 seconds. The limited production model is being offered in the United States in but one color—yellow. 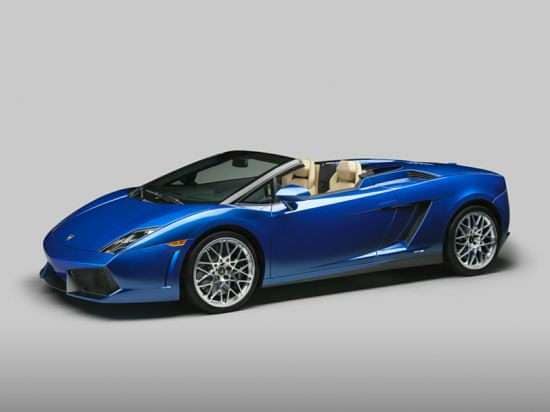