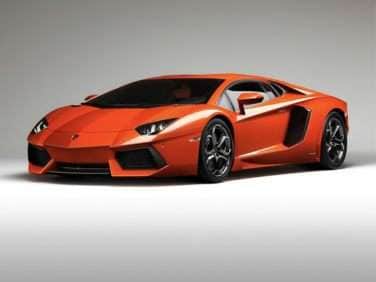 All About Lamborghini Aventador

Lamborghini is an Italian manufacturer of luxury sports cars, and the Aventador is one of the brand’s most recent offerings. Known for sleek, low-slung, powerful coupes that command a premium price tag, making the cars exclusive to wealthy connoisseurs worldwide, the Aventador fits neatly into the brand’s formula for success – a commanding, attention getting road presence with more than enough power to back it up. The lines of the Aventador are clearly derived from previous modern Lamborghini models, angular yet smooth with a wide and long wheelbase. Available as both a two-door coupe and a two-door roadster, the Aventador boasts a mid-engine setup that makes the most of its 6.5 liter V12 powerplant (Lamborghini’s first all new V12 since its 3.5 liter V12). The V12 is mated to a single-clutch seven-speed semi-automatic transmission, and the drivetrain is complemented by a completely new electronic all-wheel-drive system designed by Haldex.

The Lamborghini Aventador was unveiled in 2011 to replace the outgoing Murciélago. The Murciélago was a ten-year-old coupe and still a strong symbol of the modern Lamborghini nameplate. So it was well known and understood that the Aventador would immediately bear a lot of responsibility to be the new centerpiece in the Lamborghini lineup. The Aventador was unveiled at the Geneva Auto Show, one of the most promising international auto shows that are likely to provide a lot of attention for a major debut. It wasn’t long that Lamborghini was able to announce they’d sold out the first year’s production run of the Aventador, even though the first vehicles wouldn’t be ready for delivery for months to come. The press was just as favorable toward the Aventador as its earliest buyers. Critical reception hailed it as “the best Lamborghini ever,” although other experts said it was “friendly” and too accessible, and lacked Lamborghini’s characteristic feeling of driving something dangerous. This is perhaps because of the exceptionally smooth power and torque delivery of the new V12 engine, considerably more refined than previous Lamborghini supercars. However dignified the Aventador’s V12 may feel, it is capable of reaching 0-60 mph in 2.9 seconds. Lamborghini’s officially stated top speed for the Aventador is 217 mph; however, Sport Auto magazine achieved 230 mph. (For people concerned about such things, the V12’s fuel consumption is rated at 13.7 mpg.) The Aventador has been available in several special editions with very limited availability (some of which were really Aventador-based show cars that were later sold). 2000 total Aventadors were produced in the car’s first three years.