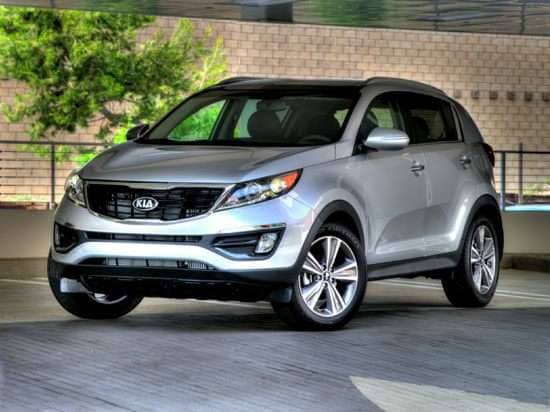 Changes for the 2014 Kia Sportage:

A new direct-injected 2.4-liter 4-cylinder engine is installed in the 2014 Sportage LX and EX models, adding six horsepower for a total of 182. To celebrate, Kia kills the previous Sportage Base model, redesigns the grille and aluminum wheels, upgrades the suspension, and reduces noise, vibration, and harshness. New options include HID headlights, LED taillights, ventilation for the front passenger’s seat and for the rear seats, a new premium surround sound audio system, a new navigation system, UVO eServices technology, and more.

The 2014 Kia Sportage is a compact crossover SUV offered in LX, EX, and SX trim levels.

The Sportage SX continues with a turbocharged, 2.0-liter 4-cylinder engine producing 260 horsepower and 269 lb.-ft. of torque. Peak torque is available between 1,850 rpm and 3,000 rpm, helping to make the Sportage SX feel particularly strong.

A standard 6-speed automatic transmission delivers the power to the front wheels. An all-wheel-drive system is optional.

In crash tests performed by the National Highway Traffic Safety Administration (NHTSA), the 2014 Sportage receives different overall ratings depending on whether or not the SUV is equipped with AWD. According to the NHTSA, the Sportage AWD gets a 5-star rating, while the front-drive Sportage models receive a 4-star rating. The reason for this is unclear, because each version’s individual assessment ratings are identical to one another.

The Insurance Institute for Highway Safety (IIHS) gives the 2014 Sportage its top rating of “Good” in all crash tests except for the small overlap frontal-impact assessment, which is rated “Poor.”