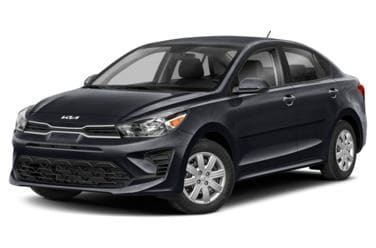 All About Kia Rio

The Kia Rio is a four-door front-wheel drive sedan. The Kia Rio first hit the market in 2001. The sedan was the first offering, quickly followed by the hatchback in 2002. Both were extremely reasonably priced but therefore carried limited features and although functional were far from a pleasure to drive. Because of its price, the Kia Rio obtained a certain following. A bigger engine was installed in 2003. In 2006, the Rio was overhauled. It then had two trims-the base and the LX. The Rio5 was originally offered as the SX trim -one step up from the LX. The earlier variation of the hatchback was called the Rio Cinco, then was renamed the Kia Rio5. The hatchback offers more cargo space but other than that the models are very similar. The Rio5 also is available as the LX trim.

For 2008, all of the Kia Rio models have a 1.6 L four cylinder engine offering 110 horsepower that is paired with a five-speed manual or alternatively a four-speed automatic transmission. All of the models are front wheel drive.

The EPA fuel economy rating for the Kia Rio is 27 miles per gallon in the city and 32 mpg on the highway.

The inside of this small vehicle offers 11.9 cubic feet of cargo space in the sedan model and almost 16 cubic feet in the hatchback model. With the Rio5’s back seat folded flat, there is an additional 50 cubit feet of space available. The vehicle, although small, is fun to drive and offers excellent driver’s response. There are McPherson struts and stabilizer bars in the front as well as semi-independent setup in the rear of the vehicle all improving the smoothness of the ride.

With the Kia Rio, each trim has something to offer. The Rio as a basic vehicle at a low price doesn’t offer the same features as some other vehicles - in fact its as almost as basic as a vehicle can get. However, this year’s model offers more than ever. All models include a rear defroster, dual 12-volt power outlets. The LX offers air conditioning, tilt steering, a CD sound system with audio input jack, eight-way adjustable driver’s seat with fold-down armrest, rear mesh setback pockets, rear folding seats and plus adjustable rear headrests. The SX offers a little more style with red and gray sport seats, door trim and chrome touches on the dash and doors. There is also leather trimmed steering wheel and shifter knob.

There are some options available, such as power windows, locks and mirrors.

The Kia Rio comes with a full assortment of safety features including a full set of side air bags-front seat-mounted side air bags, full-length side-curtain bags. However, electronic stability control is not available. Anti-lock brakes are an option on the LX and SX trims only.

The 2009 Kia Rio is a carryover from 2008. The 2009 Rio is available in both sedan and hatchback form, with the latter being labeled the Rio5. The sedan features three trims, the base, LX and SX, while the Rio5 is only sold in LX and SX editions. Each version of the Rio and Rio5 comes with a 1.6 liter, 4-cylinder engine that produces 110 horsepower and 107 lb-ft of torque. A 5-speed manual transmission is standard equipment, with the option of a 4-speed automatic on all versions of the car except for the base sedan. Fuel economy for the Rio and Rio5 is rated at 27 miles per gallon in city driving and 32 miles per gallon on the highway.