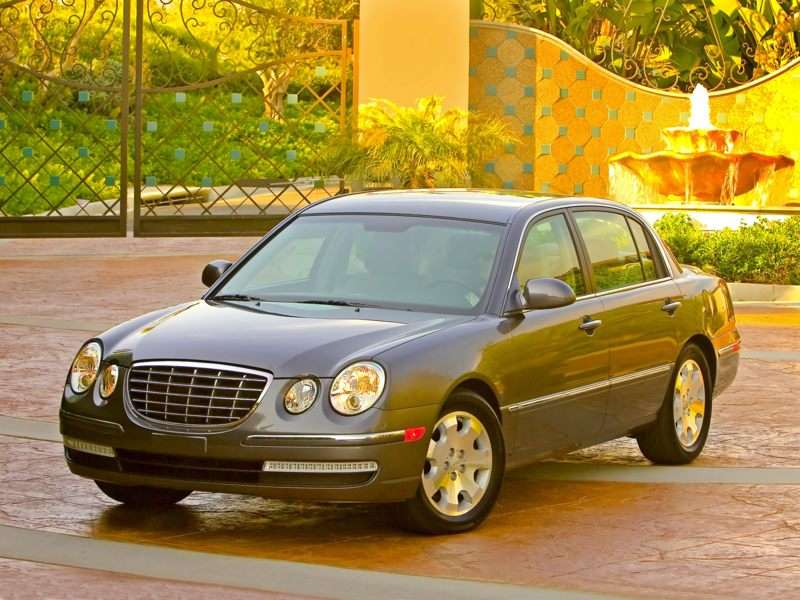 Hyundai may have been the first Korean automaker to sell a vehicle in America, but Kia was the first to build ones that were stylish and, in the case of the very first Sportage SUV, capable.

Kia arrived in the U.S. back in 1994, offering the Sephia compact sedan through a small network of dealers. The lineup expanded in 1995 with the addition of the Sportage, a small, nimble SUV offering genuine off-road capability. And that’s where Kia put product development on hold while it expanded its dealer network.

Check the Autobytel archive of Kia pictures, and its clear that the company didn’t start expanding its lineup until 2000, when the ugly little Spectra arrived, portending a design crisis also reflected in the first Rio and Optima models (2001), the Sedona minivan (2002), the Amanti luxury sedan (2004), and the odd Rondo multi-purpose vehicle (2007). Indeed, at the same time Kia decided to go big or to go home in America, it started creating models utterly lacking in visual appeal.

Wisely, Kia recognized that the styling of its products was going sideways and hired a talented designer named Peter Schreyer. While at Audi and Volkswagen, Schreyer had penned the TT sports coupe and had contributed to the New Beetle revival. Once at Kia, Schreyer wasted no time in getting the automaker’s house in order, starting with the poorly timed 2009 Borrego midsize SUV.

As can be seen in our archive of Kia photos, the Borrego was a good-looking sport/utility vehicle. Unfortunately, it arrived at the same time as the Great Recession and big jumps in gas prices, and Americans wanted smaller crossovers instead of powerful traditional SUVs. Despite this product stumble, Schreyer and Kia began transforming the automaker’s lineup one model at a time, starting with the Kia Forte, which replaced the Spectra model in 2010.

Today, all Kia models wear the “tiger nose” treatment developed by Schreyer to be an identifying brand characteristic. View the Kia images in our archive, and no matter which recent model you choose, the impact of unified design elements crafted around simple and clear directives is clear. Today, Kias are among the best looking cars and SUVs on the road.