Kia’s largest ever luxury sedan comes packed with the sort of features you’d expect from a high rolling suite of its nature. And, the K900 offers another feature one doesn’t usually expect to find in the high rolling class—a comparatively low price. Of course, this has been part of Kia’s strategy to win the hearts and minds of the American motoring public since the brand was introduced to these shores. To this end, the 2015 Kia K900 is the marque’s most ambitious outing to date, taking on the rarefied gentry of the automotive marketplace. The large luxury market is populated by exceptionally well-considered brands, so how does Kia figure its upstart contender will be able to compete? Well, the company started off by endowing it with a handsome shape, one that quietly murmurs “luxury car” without hitting you over the head with the fact. Then they packaged the rear-drive sedan with a 420-horsepower, 5.0-liter V8 and a thoroughly modern eight-speed automatic transmission. (A 311-horsepower, 3.8-liter V6 will be offered later in the year.) Comfort and convenience touches include soft-closing doors, genuine wood trim, heated and ventilated leather seats, and a brilliant Lexicon audio system. 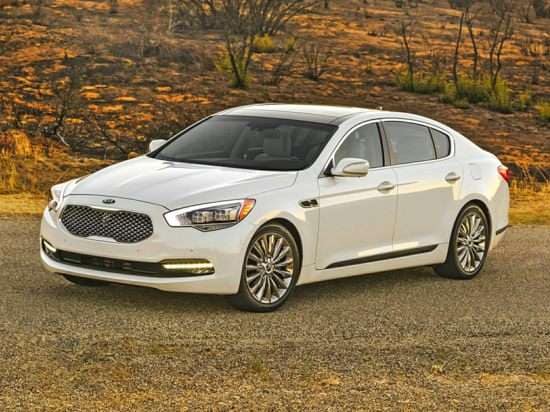