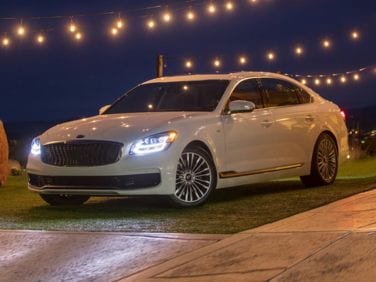 Kia is an auto manufacturer based in Seoul, South Korea. Kia is the second largest car company in South Korea, following Hyundai Motor Company, which owns a significant stake in Kia and is a major influence in Kia’s vehicle design and marketing strategies. However, Kia is an older company than Hyundai, and was founded in 1944 primarily to manufacture bicycles and cycling components. The political climate of South Korea in the 1980s forced Kia to change its focus to truck manufacturing for military purposes, but a few years later, Kia was able to go back to designing and producing passenger cars, thanks to a collaboration with Ford Motor Company. In 1986, Kia began producing vehicles based on Ford and Mazda models for South Korean customers and for limited export to selected global markets. In 1992, Kia Motors America was founded so Kia could compete in the North American market.

In 2013, Kia Motors introduced the K900 at the Los Angeles Auto Show, to be introduced in 2014 as a 2015 model year vehicle. The K900 is the brand’s first true luxury sedan, following a few years’ gradual efforts of designing slightly more upmarket cars such as the Cadenza and Optima. The Kia K900 surpasses all those efforts. It’s a rear-wheel-drive sedan that is closely mechanically related to Hyundai’s Genesis luxury sedan, though the design might not betray it as such. The underpinnings and drivetrain are similar, but the K900 is longer, wider and taller than its sibling. The K900 features headlights and taillights illuminated by soft LEDs, and a smooth profile reminiscent of sedans from expensive European brands.

The powerplant options in the Kia K900 are also on loan from the Hyundai Genesis. A 3.8-liter V6 sits under the hood of the base K900, yielding 311 horsepower, although buyers can opt for a 5-liter V8 that produces 420 horsepower. However, only the V8 model was available at the car’s launch, with a later release date to be scheduled for the V6 version. Both versions of the K900 put power to the ground through an eight-speed auto transmission. The V6 version of the K900 is expected to achieve Environmental Protection Agency fuel economy ratings of up to 18 miles per gallon city, 27 miles per gallon highway, and 21 combined. The V8-powered K900, upon its release, was rated by the EPA to achieve 15 miles per gallon city, 23 highway, and 18 combined.