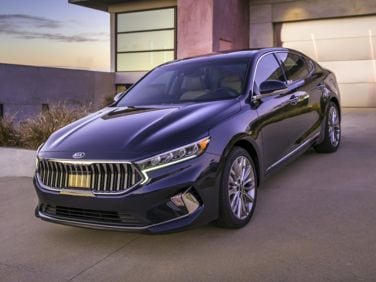 All About Kia Cadenza

The Kia Cadenza is the full size sedan offering from the South Korean automaker. The Cadenza was designed as a replacement for the Kia Amanti sedan, and was released in 2009. Kia markets the Cadenza as a competitor in the luxury class sedan segment and has incorporated elements to make the car attractive to potential buyers who want a luxury car at a lower price. The Kia Cadenza wasn’t announced for the North American market until January of 2013, but consumers in the United States and Canada are already familiar with many elements of the Cadenza because of its aesthetic and mechanical similarities to its cousin, the Hyundai Azera. Though the Azera is not the most high end car in the Hyundai family, the Cadenza is the most expensive and luxurious offering in Kia’s North American lineup and is considered the brand’s flagship sedan.

To compete in the Cadenza’s intended market, Kia had to step up in order to dissociate the Cadenza from the brand’s budget-friendly reputation. Though the Cadenza still bears a relatively low price for the luxury segment, its features and offerings had to be on par with its competition in order to attract potential buyers. The Kia Cadenza was designed by Peter Schreyer, Kia’s design chief, who spent part of his career as the chief designer at German performance automaker Audi. Thus, the Cadenza appears a bit more upscale than many of Kia’s past offerings, and interested customers will notice that Kia paid as much attention to the car’s features as they did to its design. Though Kia’s powertrain availability varies across the globe depending on the needs of each market, the Cadenza is offered in North America with a 3.3-liter V6 gasoline engine with direct injection. It is paired to a six-speed automatic transmission with paddle shifters mounted on the steering wheel, and produces 293 horsepower and 255 lb. ft. of torque. The Cadenza is based on a steel unibody chassis and is front-wheel-drive. The car sits on 18-inch wheels over disc brakes(with a 19-inch wheel upgrade available). The exterior features projection headlights with LED accents or optional Xenon HID headlights, smart key entry, perimeter accent lighting for safety, and an optional panoramic sunroof.

Inside, the Kia Cadenza has more features to appeal to the typical entry-level luxury car buyer. The cabin is equipped with a navigation system, Bluetooth wireless communications, an Infinity stereo system, USB inputs, a rearview camera with a backup warning, smart cruise control, lane departure warning, a memory system to remember the driver’s favorite seat and mirror settings, and leather upholstery. The Kia Cadenza also has a comprehensive selection of safety features, helping to ensure Cadenza drivers feel secure in their investment.