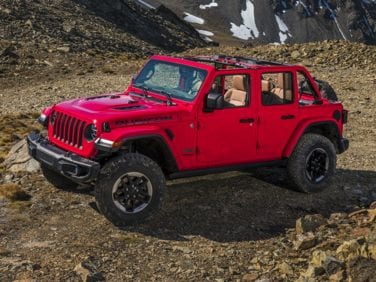 All About Jeep Wrangler Unlimited

The Wrangler is a compact sport utility vehicle manufactured by Chrysler for its Jeep brand. The Wrangler is a direct evolution of the Willys civilian and military off-road vehicles that were manufactured from the 1940s through the 1980s, changing hands over time from Willys to Kaiser-Jeep and finally American Motors. The Wrangler name wasn’t actually born until 1986, making its debut as an updated version of the Jeep CJ. The Jeep CJ, like the Willys, was notable for its body-on-frame design, which the Wrangler kept for its strength and flexibility. The frame featured rigid live axles and a strong suspension that enabled heavy off-road use. It was also easy to adjust the body for different types of driving activity, because of its removable doors and roof and folding windshield, which made the Wrangler instantly recognizable and has contributed to its enduring popularity.

The Jeep Wrangler’s original design continued production for more than ten years; the car did not get revised until 1996, although these revisions were fairly minor and the car retained much of the same aesthetics. This meant that the Wrangler looked mostly the same for several decades, helping the car achieve its timeless appeal. The Jeep Wrangler was manufactured at Chrysler’s Brampton Assembly plant, and in 1992, production moved to the Chrysler Toledo South Assembly facility. Wrangler production relocated to the Toledo Assembly Complex in 2006, when the Wrangler was completely overhauled. One such difference is the grille. Older Wranglers have a flat front grille, giving the vehicle a completely flat front end. After the revision, the grille featured a slight angle. The Jeep Wrangler Unlimited also emerged partway through this model cycle. The Unlimited models stood out for a wheelbase that was ten inches longer than the regular Wrangler, as well as updated gearing and a stronger transfer case to enable more adventurous off-road pursuits. The Jeep Rubicon Unlimited followed in 2005, featuring the same extended wheelbase as the Unlimited, plus better off-road and towing capacity thanks to a stronger four-wheel-drive system, diamond plate protective exterior trim, a six-speed manual transmission, and off-road rated Goodyear tires. The 2007 update to the Wrangler Unlimited added 20.6 inches to the base Wrangler’s wheelbase, and added technology and comfort features such as satellite radio, keyless entry, and navigation.

Jeep aficionados often refer to specific Wranglers by their generation code. YJ refers to Wranglers from model years 1986 to 1995. The TJ Wrangler was sold from 1997 until 2006. The LJ code is reserved for the 2003 to 2006 Jeep Wrangler Unlimited. The Wrangler JK code was introduced in 2007 and is still used on new Wranglers. There have also been military-specific Wranglers, which get a J8 code.