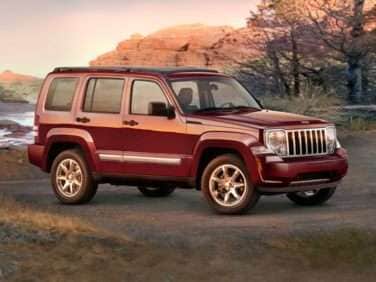 All About Jeep Liberty

Cosmetically, the latest Jeep Liberty incarnation looks quite different from the original Jeep Liberty (KJ). Rounded, "cute-ute" features of the 2002-2007 Jeep Liberty have been replaced with a more squared-off appearance. It has been suggested that the new design of the vehicle was based around Chrysler's popular Dodge Nitro, which shares the Liberty's KK platform. Staying true to Jeep's off-road roots, the new Liberty's design retains solid ground clearance and minimal front and rear bumper extensions.

On the inside, Jeep has added additional passenger room by expanding the dimensions of the vehicle. Total length of the 2008 Jeep Liberty is 176.9 inches, total width is 72.4 inches and total height is 70.1 inches. A range of new luxury and comfort features have also been added to the latest generation, including a canvas power-sliding sunroof, remote keyless ignition, driver memory settings and automatic rain-sensing windshield wipers.

While the original generation of the Jeep Liberty boasted high yearly sales as one of the best-selling SUVs in the United States, the same cannot be said for the 2008 Jeep Liberty. As of the end of July 2008, year-to-date sales figures for the vehicle are down 21 percent with a total of 44,676 units sold. However, a souring U.S. economy and rising gas prices may be more to blame than the new design of the Jeep Liberty itself. Negative sales growth has been reported across the board by a number of North American automakers, particularly in the SUV and pickup truck vehicle classes.

The 2009 Jeep Liberty is a carryover from 2008. The 2009 Liberty is available in two trims. Both the Sport and the Limited Edition use the same 3.7 liter V6 engine that makes 210 horsepower and 235 lb-ft of torque. A 4-speed automatic is the only transmission available. This drivetrain combination turns in fuel mileage rated at 16 miles per gallon in city driving, and 22 miles per gallon on the highway. When ordered with four-wheel drive, an option for either trim, fuel economy dips slightly in the city.