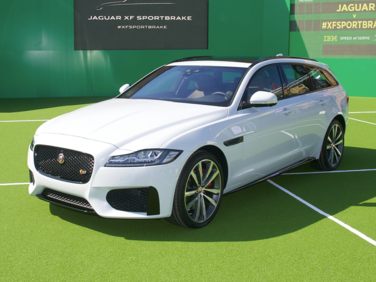 All About Jaguar XF

The Jaguar XF is a four-door, five passenger mid-size luxury sedan. The Jaguar XF represents the British automaker’s attempt to make a more drastic break with tradition than it has in the past in order to modernize its vehicle lineup and better compete with other luxury car companies. The XF replaces the S-Type, who’s styling was reminiscent of Jaguar’s history. This mid-size sedan began its life as a concept car in 2007, and was fast tracked to the production stage in order to make it to market for the spring of 2008.

The 2009 Jaguar XF has an appearance that most Jaguar purists would not recognize. In fact, one of the strongest criticisms of the XF is that its styling is too generic. The front of the vehicle is similar to that of recent Volvo sedans, while the lines of the side and the oval-shaped rear end abandon the fierceness of the concept in favor of a blander Euro look. However, if one can get past the vehicle’s bodywork, there is a lot to like about this sedan.

There are two engine choices available in the XF, both of them V8’s. The first is a 4.2 liter engine which generates 300 horsepower and 320 lb-ft of torque. This motor is found in the XF Luxury and XF Premium Luxury trims. Stepping up to the XF Supercharged adds forced induction and another 120 horsepower, along with a stunning 413 lb-ft of torque. The Supercharged sprints to 60 miles per hour in a mere 5.1 seconds, while returning fuel economy comparable to the standard V8: 15 miles per gallon in the city and 23 on the highway. Both engines use the same 6-speed automatic transmission with a manual mode that can be shifted via paddles on the steering wheel.

The base Luxury model more than lives up to its name, with a wide range of power accessories and driver’s aides coming as standard equipment. 10-way leather front seats, a leather wrapped steering wheel and leather interior accents make the cockpit of the XF a very comfortable place to spend any amount of time. Dual-climate control accessed via an LCD touch screen is also paired with Bluetooth and entertainment system controls. The Luxury Premium trim introduces such features as standard GPS navigation, upgraded leather for the seats, and voice activated controls for all gadgets. The Supercharged version of the car maxes out the options list, but still leaves room for optional adaptive cruise control.

The XF provides a thoroughly modern driving experience, as befits its brand new platform. The Supercharged car benefits from active suspension control and 20-inch wheels, but even the entry-level XF Luxury provides great performance, easily matching the competition thanks to dynamic stability control and a well-designed chassis. The vehicle maintains a calm and collected comportment during high-speed driving, filling the driver with confidence but sometimes making it hard to keep the speedometer locked onto the double-nickel.

The Jaguar XF is a significant departure for the automaker, and given the company’s traditions, it is likely that the sedan will have a long, productive run.