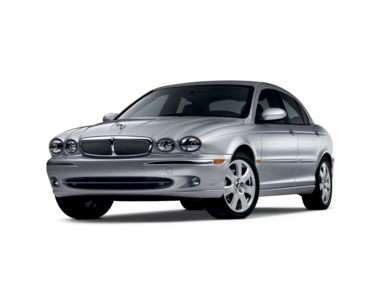 All About Jaguar X-Type

The Jaguar X-Type is a four-door, five passenger luxury sedan, and a four-door, five passenger luxury sportwagon. From time to time, every automobile maker stumbles. Sometimes vehicles which by any other measure would be considered a success fail at the one goal they had been created to accomplish. When Jaguar began re-structuring their product lineup in the late 90’s, management determined that an entry-level car was needed to compete with the German luxury car companies. Since this was outside the scope of Jaguar’s immediate expertise, the company relied heavily on their relationship with Ford to produce the X-Type, which debuted in 2001.

The 2008 X-Type is a baby Jaguar designed to evoke the visual traditions of the brand while providing good value and performance for a lower cost than the British car company’s customers are used to. The X-Type is based on an adapted version of the Ford Mondeo platform, which some have criticized as parts-bin engineering. While the cars may share similar dimensions, there is no question that the X-Type is an attractive vehicle that draws extensively from Jaguar’s styling heritage.

There is only one engine available to power the sedan and sportwagon version of the X-Type. A 3.0 liter V6 that generates 227 horsepower motivates all four wheels through a 5-speed automatic transmission. The all-wheel drive contributes to somewhat low fuel economy numbers, (16 miles per gallon in the city versus 22 on the highway), but the trade-off is excellent traction and control in all weather conditions. The X-Type uses its very stiff chassis to good effect, managing an excellent balance of comfort and performance that eats up rough pavement as well as it does sweeping high-speed corners. The all-wheel drive system is biased towards the rear so as to provide a more sporting driving experience, and dynamic stability control is on hand to make sure everything stays on course and out of the rough.

Jaguar is known for richly appointed interiors, and the X-Type is no exception. Leather and wood accents abound, and the hides of the seats feel as though they could have been transplanted directly from the XK8. The car may lack some of the electronic toys of larger Jaguars, but parking assist is available, as are rain-sensing windshield wipers in the sportwagon. The passenger compartment is also well-organized, with plenty of storage and simple controls for the entertainment and heating system. The rear seats fold forward to improve on the already generous trunk space, and the sportwagon actually outperforms all but the BMW 3-Series equivalent when it comes to cargo capacity.

The focus in the Jaguar X-Type is on comfort and luxury rather than pure sporting thrill, which puts it at odds with some of its European competition. The vehicle is very pleasant to drive and certainly as rewarding as any other entry-level sedan or wagon in its class, although the design has not aged well in comparison to new offerings from Audi and Mercedes. Jaguar never saw the sales volume that they had hoped to achieve in North America with the X-Type, and it has been discontinued past the 2008 model year in that market.