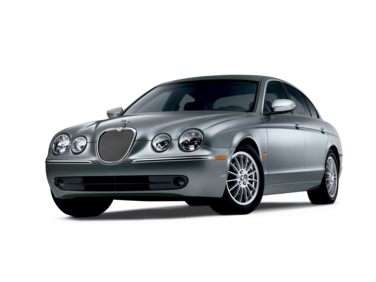 All About Jaguar S-Type

The Jaguar S-Type is a four-door, five passenger mid-size luxury sedan. The Jaguar S-Type was brought to market in 1998 in an effort to broaden the company’s product lineup. Unlike other luxury car makers which focused on SUVs and crossover vehicles, Jaguar was allowed to raid the parts bin of parent-company Ford and use different platforms to create mid-size and entry-level vehicles. The S-Type was designed to reflect the heritage of the original 60’s vintage car that first bore the name, and its unique proportions and front-end appearance set it apart from the crowd.

The 2008 Jaguar S-Type is largely unchanged from the model that debuted ten years ago. There are three different engines available in the mid-size sedan, with the first being a 3.0 liter V6 generating 235 horsepower. The next power upgrade comes in the form of a 4.2 liter V8, which is shared with the XJ8 full-size. In the S-Type it generates 300 horsepower and 310 lb-ft of torque. It also has the distinction of being the first V8 in Jaguar history. While the 4.2 liter provides energetic driving, the true powerhouse of the group is found in the S-Type R. Supercharging brings the V8 up to 400 horsepower, and performance is scorching, with acceleration to 60 miles per hour taking only 5.3 seconds. All engines come with a 6-speed automatic transmission.

Since it is indeed a Jaguar, and all that comes with that, it is no surprise that the S-Type is well appointed in terms of features and options. The V6 car comes with heated power seats, dual-climate control, power adjustable pedals and rain-sensing windshield wipers to list just a small part of the long list of standard equipment. The 4.2 adds a nicer stereo system, HID headlights and optional 19-inch wheels, while the S-Type R throws in a tighter chassis with active suspension control, larger brakes, performance seats and mahogany interior accents. Adaptive cruise control and exclusive paint colors are also available on the R, along with a more aggressive exterior appearance. The interior of each car is well designed with a good amount of passenger space, but the small trunk gets an assist from rear seats which fold down to almost double the amount of cargo room.

The S-Type never feels underpowered, even with the base V6 engine, which is a testament to both its design and to the capabilities of the 6-speed automatic, which is great for squeezing every last drop of performance out of whichever of the three motors is installed. Obviously the S-Type R provides the most adrenaline-inducing ride, but the normally-aspirated V8 is also quite thrilling, with acceleration only a second behind the R. The S-Type walks a fine line between being a driver’s car and being a comfortable conveyance for those who don’t like to think too hard about throttle inputs and corner apexes.

Unfortunately, the Jaguar S-Type no longer fits into the plans of the British automaker, and 2008 is the final year for this model. It is replaced by the radically different styling of the XF, closing a decade of motoring excellence from the venerable nameplate.