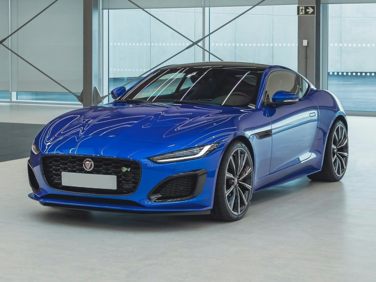 All About Jaguar F-TYPE

The Jaguar F-Type is a convertible sports coupe based on a shortened platform borrowed from the Jaguar XK convertible. The British sports car manufacturer released the F-Type in 2013, after numerous promotional and marketing activities dating back to the car’s debut at the Paris Motor Show in 2012. It is very similar in size and stature to the Jaguar C-X16 coupe concept that was initially shown at the Frankfurt Motor Show in 2011, though the C-X16 concept never made it to production. Though the C-X16 featured a gasoline-electric hybrid engine, the F-Type is available with several traditional gasoline powertrains. The first F-Type model was a soft top convertible, and Jaguar is expected to release a follow-up in 2014, an F-Type coupe. The Jaguar F-Type is built at a Jaguar facility in Birmingham, United Kingdom.

The Jaguar F-Type is considered a successor of sorts to Jaguar’s E-Type convertible, a sports car that was manufactured between 1961 and 1974. Originally released as a two-seater, a four-seat version was later added. Although the E-Type relied on what is now outdated technology, it is widely considered to be one of the best-looking cars of all time. Though the F-Type is, of course, thoroughly modern, the inspiration of the E-Type is evident in the lines and profile of the F-Type, most notably the elongated hood and the seating position toward the back of the car. The F-Type’s modern design includes a chassis made entirely of aluminum, to balance the car’s center of gravity, which improves handling. However, that means the car needs extra insulation for temperature and sound control, so the insulation has been added to the F-Type’s underbody and roof. The convertible roof is fabric and is controlled electronically. Underneath, the F-Type is supported by a double-wishbone front and rear suspension with adjustable settings that allows the driver to select from 25 different suspension programs, making the car suitable for any road conditions or driving ability.

All of the F-Type’s engine options are supercharged, which helps Jaguar maintain its reputation for ample power and throaty exhaust notes. There are two 3-liter supercharged V6 engines, one of which produces 335 horsepower and the other, which is identical but has been tuned for more power for the F-Type S trim line, produces 375 horsepower. These engines achieve top speeds of 161 and 171 miles per hour, respectively, with 0-60 times of 5.1 and 4.8 seconds. Customers with bigger budgets can opt for a 5-liter supercharged V8, which yields 488 horsepower, a top speed of 186 mph and 0-60 acceleration of 4.2 seconds. All three engines are paired with an eight-speed automatic transmission that features paddle shifters and a manual override option. The V6 cars have a mechanical limited slip differential, whereas the limited slip differential on the V8 car is electronic. The EPA combined fuel economy ratings for the Jaguar F-Type engine options are 23, 22, and 18 miles per gallon. Jaguar has also implemented stop-start engine technology into the F-Type, which helps preserve fuel when the car is stopped at red lights and other obstacles. Jaguar says this function helps improve fuel economy by about 5 percent. The F-Type is finished with a cabin decked out with leather upholstery and aluminum trim.