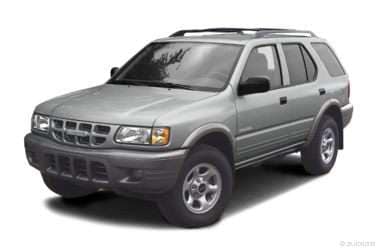 All About Isuzu Rodeo

The Isuzu Rodeo is a mid-size sport utility vehicle was first released to the US market in 1991 at a time when SUVs were still unusual. The Rodeo was one of the first. It came to the American market in 1991. At the time the vehicle was available as rear-wheel drive or four-wheel drive and there was a choice between a four or six cylinder engine. This was one of the most comfortable and spacious SUVs on the market. However, they received poor ratings in the government crash tests and came with little to no safety equipment. That slowly improved and by 1995 antilock brakes had become standard on rear-wheel models and four-wheel ABS was an option. Other safety features added in at the same time were front airbags. In 1996, the Isuzu Rodeo received more power.

The second generation model was released in 1998. With this vehicle, Isuzu worked on lightening the weight, reducing the noise, and increasing the drivability. For all these changes, Isuzu Rodeo didn’t achieve the consumer popularity and strong sales as hoped. In 1999, the Rodeo offered a LSE model, which offered leather upholstery and a moonroof. Another change was the inclusion of a tilt steering wheel as standard for all models with V6 engines.

In 2000, the Rodeos received larger tires and adjustable shock absorbers as well as many other changes. Also added in as standard equipment was cruise control and an Intelligent Suspension Control with a button to change the shock system. An Ironman Package also came out at this time that included sunroof, ISC, and alloy wheels. In 2001, an Anniversary Edition was released. There were no further changes until 2004 when the two door model and the four cylinder engine were dropped.

The vehicle was no longer manufactured after 2004.

The base S model was as stripped down a vehicle as you can get with almost no frills. There were basics like cup holders, folding rear seats and front and rear stabilizer bars. Air conditioning was an option. When you moved up a through the levels there were a few more features and options available like the alloy wheels, a limited-slip differential, full complement of power accessories, cruise control, tilt steering wheel, express down windows, power outlets, illuminated visor mirror, trailer harness, tow hooks, keyless entry, moonroof, leather upholstery and a six-speaker stereo with cassette or CD player.