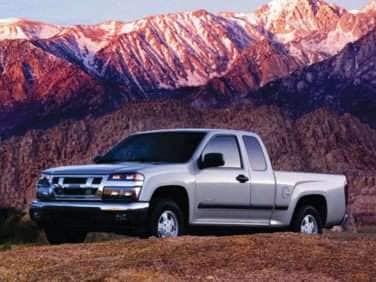 The Isuzu i-290 is a rear-wheel drive extended cab pickup. This vehicle was first introduced in 2007 to the American market as a replacement for the i-280. This vehicle was launched with a 2.9 L inline four-cylinder engine. This truck is a joint project between Isuzu and General Motors. This truck is available as an Extended Cab and rear-wheel drive only. This is a not a truck for heavy loads for long trips but makes a great commuter truck and for weekend haulers towing light loads. The truck was originally available as a S and an LS models. The LS model was discontinued for 2008. There are few other changes for this year.

Under the hood of the Isuzu i-290 is a 2.9 L inline four-cylinder engine that produces 185 horsepower and 190 lbs-ft of torque. There are two transmissions available a five-speed manual and an optional four-speed automatic. This vehicle has a payload of close to 1,500 pounds – this is the same rating for the larger Isuzu i-370. Both of these pickup trucks have a front disc/rear drum brake setup, which comes with anti-lock brake circuitry.

The EPA fuel economy rating for this 2WD pickup with manual transmission is 18 mpg when driving in the city and 24 mpg on the highway.

The Isuzu i-290, along with all other Isuzu vehicles, was discontinued in 2008 for the North American market.

Isuzu i-290 Features and Options

The Isuzu i-290 has many popular standard features that help the vehicle to hold its own against the competition. Some of these basics are 15-inch alloy tires and ABS brakes on all four wheels. There is a power plug in front, airbags in the front and side for the passengers, foldable exterior mirrors, halogen headlights that switch on automatically as well as daytime running lights. Step up to the LS model and there is added in side curtain airbags, cruise control, tire pressure monitoring gauge, button controlled mirrors, tinted glass and back support system for the driver and the passengers as well as a system that makes sure the driver doesn’t get locked out of the vehicle.

Options include keyless entry, outside temperature gauge, leather steering wheel, bucket seats in the front and fog lights. There is a Preferred Equipment Package available for the S trim. The S has standard a three-passenger bench seat and the Equipment Package that would change the bench seat to bucket seats and a floor console. Also added in are a carpeted floor, rubber mats, rear jump seats, various storage compartments under the seats and tinted windows for privacy.