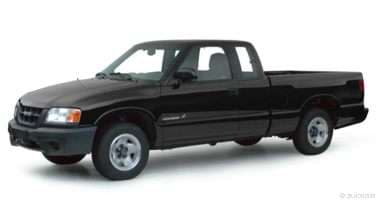 All About Isuzu Hombre

The Isuzu Hombre is a compact pickup truck. This is one of three similar trucks - the other two are the Chevrolet S-10 and the GMC Sonoma. There are slight differences between the three sister models, like the headlamps, fascia, fenders hood and even side panels however, all three of these trucks were built in GM’s plant in Louisiana.

The original two-wheel drive Hombre went on sale as a regular cab with a six-foot cargo bed in 1996. Under the hood was a four-cylinder engine matched to a manual transmission. Two models were available at the time – the S and the SX. The only front seat was a three person bench seat. The SX had a 60/40 seat back.

In 1997, an extended cab variation was added in for the SX model. This Spacecab body had two rear jump seats that could fold down from the side. A V6 engine and a four-speed automatic transmission were also offered at the same time.

In 1998, there was a four-wheel drive model added. This vehicle had GM’s new 4WD system for driving on winter roads. Other changes included a redesigned dashboard, the addition of a passenger-side airbag and antilock brakes as standard. Power was decreased from 120-110 hp. By 1999, the Spacecab had a third door and all models had a revised front look, and there was a new steering wheel with a new airbag. In 2000, the Hombre models all received new larger engines and the four cylinder models had dual fuel capability. More standard features were added including the Performance Package heavy-duty suspension. All the four-wheel drive models received larger tires.

The vehicle was discontinued after the 2000 year model

The EPAfuel economy rating for the 2002 Isuzu Hombre with the 2.2 L engine and manual transmission is 20 mpg in the city and 26 mpg on the highway.

In the government crash tests, the Isuzu Hombre received a three star rating for the driver and front passenger in the frontal crash tests. In the side impact tests, the front occupant received a four star rating. The rear passenger received no rating as it wasn’t tested. There is also no rollover resistance rating available for this vehicle.