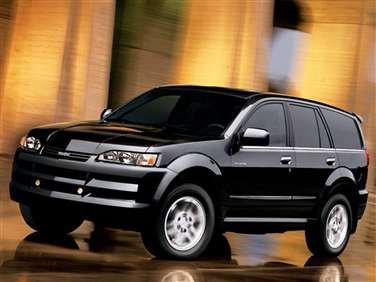 All About Isuzu Axiom

The Isuzu Axiom was first introduced to the American market in 2002. The Axiom name was the result of a contest put on by Isuzu.

This vehicle was built on the same platform as the Isuzu Rodeo. This sport utility vehicle was part of the program to replace the Trooper and was eventually replaced by the Isuzu Ascender itself. Under the hood is a 3.5 L V6 engine that produces 230 horsepower and is matched with a four-speed automatic transmission. These vehicles are available with rear-wheel drive or 4WD with Isuzu’s own Torque on Demand feature. There were originally two trims available – base and XS.

The crossover styling helped build a following for the line with its distinctive shape and chunky front. The V6 makes this a vehicle that’s up for any job. However, the interior of the vehicle is skimpy on legroom for the rear passengers. The steering is not the best in that it is slow to respond and makes for poor drivability. Some other criticisms include poor layout of dials and controls that were hard to understand and weren’t placed in logical positions. In 2003, the base trim was renamed the S trim. In 2004, a direct-injection engine was added in – now a 3.5 L V6 engine, giving a power boost from 230 to 250 horsepower. The vehicle was discontinued in 2004 – after only three years of production.

The vehicle is rating for a towing capacity of 4500 lbs and has a payload more than a half a ton. It’s great for rough roads and for carrying everything needed for a family outing. There are many cup holders and small cubbyholes inside to help store small items as well.

Isuzu has received several awards for the Axiom and its fuel-injected engine that achieves better fuel economy and has the ability to generate more power. The EPA fuel economy rating for the 2WD Axiom is 16 mpg in the city and 22 mpg for the highway.

The Isuzu Axiom 2WD and 4WD are EPA certified as a Low-Emission Vehicle.

Specific to the base models are full power accessories, air conditioning, keyless entry, CD changer, and trip computer. The XS models add in foglights, heated front seats, power moonroof. Options included for the base models are leather seats, power moonroof and a trailer hitch. Options for the XS models include a trailer hitch.