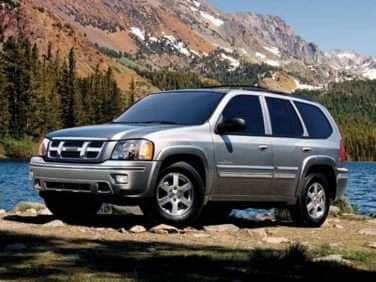 All About Isuzu Ascender

The Isuzu Ascender is available as a large seven-passenger SUV Isuzu first introduced the Ascender in 2003. At the time, the vehicle came with two engine choices – one a V6 and the other a V8. Originally, there were three types – the S, the LS and the Limited and could be ordered as rear wheel drive or a four-wheel drive vehicle. Although the SUV came with disc brakes and front airbags, there weren’t many other safety features. That changed by 2004 when side airbags were an option and there was now a five-passenger model offered. Then in 2005, the Ascender received a Displacement on Demand System, which helped to improve fuel economy head restraint airbags. The larger seven-passenger model was discontinued for the 2007 model year. By 2007, the Isuzu Ascender was only available as a five passenger SUV with a 4.2 L V6 engine matched to an automatic four-speed transmission.

The 2008 Isuzu Ascender model has the same 4.2 L V6 engine offering around 285 horsepower. There are still the S, LS and Luxury models available all three are available as rear wheel drive or four-wheel drive paired with a four-speed automatic transmission is standard. The S is basic and still has a few benefits like fog lights, a backseat temperature control system, stereo system and a tire pressure monitor system. The LS offered a few more perks like a moon rood and mirror defrosters. With the luxury version, there were leather seats heated front sets, memory system for the driver’s seat and a six speaker stereo system.

The Ascender shares the same chassis with the Chevrolet TrailBlazer and the GMC Envoy meaning they are ready for anything and with an interior cargo space of 80 cubic feet there is plenty of room for passengers and their luggage.

As of 2008, the Isuzu Ascender is no longer being sold in the North American market.

When you step up to the LS and Luxury models there is additional a rear differential, remote keyless entry and alarm system, cruise control, dual heated power mirrors, privacy glass, a power moonroof, roof rail crossbars, and an in-dash six-disc CD changer with six speakers. For the driver of the LS there is an eight-way power driver set with lumbar support. The Luxury model then adds in the same advantage for the passenger seat. Other features at this level include an auto-dimming rearview mirror, a Bose six-speaker stereo system, front heated seats with two-position memory for the driver, and leather-appointed seating.

There are several standalone options like XM satellite radio, which is available in the LS and Luxury models. There is also a Preferred Equipment Package available for the S model. This package adds in keyless entry, dual power mirrors, cruise control, an overhead console, and several other amenities found in LS and Luxury models.