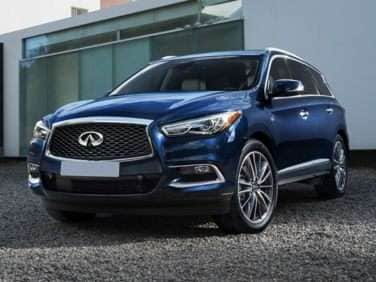 All About Infiniti QX60 Hybrid

The Infiniti brand is from the luxury division of Nissan Motor Company, which the Japanese auto manufacturer introduced in the fall of 1989. Infiniti was developed specifically to fuel growth in the North American market, and the brand is now sold in more than 15 countries. Nissan brought the Infiniti brand to its home market of Japan in 2013, although before the brand’s domestic launch, the Japanese market often featured Nissan-branded versions of vehicles that were sold elsewhere under the Infiniti name. The Infiniti QX sport utility vehicle lineup, though, is an exception to this rule; the QX and other Infiniti SUVs were developed primarily to infiltrate the North American luxury SUV market.

The Infiniti QX lineup was introduced for the 2014 model year, but the vehicles themselves aren’t totally new. They’re revised and updated versions of the Infiniti JX line, just with a new name, thanks to Infiniti’s new model nomenclature. Specifically, the QX60is nearly identical to the former JX35. The QX Hybrid was a notable addition to the model family at that time, though, and the “60” indicates that it’s highly ranked among the Infiniti lineup. The QX60 is mechanically related to Nissan’s Pathfinder SUV, although there are plenty of differences among the vehicles’ aesthetics because the QX60 is positioned in the luxury market. The Infiniti QX60 Hybrid is a three-row, seven-passenger crossover SUV with enough head and leg room for adults to fit comfortably in all three rows. The cabin’s fit and finish is top notch, featuring high quality, soft-touch materials throughout.

The hybrid version of the Infiniti QX60 is powered by a supercharged 2.5-liter 4-cylinder paired to a 15kW electric motor and a lithium-ion battery pack. The drivetrain’s total output is 250 horsepower, and it’s rated for combined fuel economy of 26 miles per gallon. The Infiniti QX60 Hybrid comes in a single trim level, but it is available in both front-wheel-drive and all-wheel-drive configurations. The hybrid’s list of features is similar to that of the gasoline QX60, and includes automatic bi-xenon head lamps, LED taillights, fog lamps, 18-inch wheels, a sunroof, keyless entry, keyless ignition, leather upholstery, heated front seats, tri-zone automatic climate control, Bluetooth wireless integration, iPod and USB connectivity, and a 7-inch touchscreen display. Safety equipment includes blind spot and rear view monitors, a forward collision warning system, stability control, traction control, and anti-lock brakes. Optional comfort and luxury features are available with the addition of several upgrade packages.