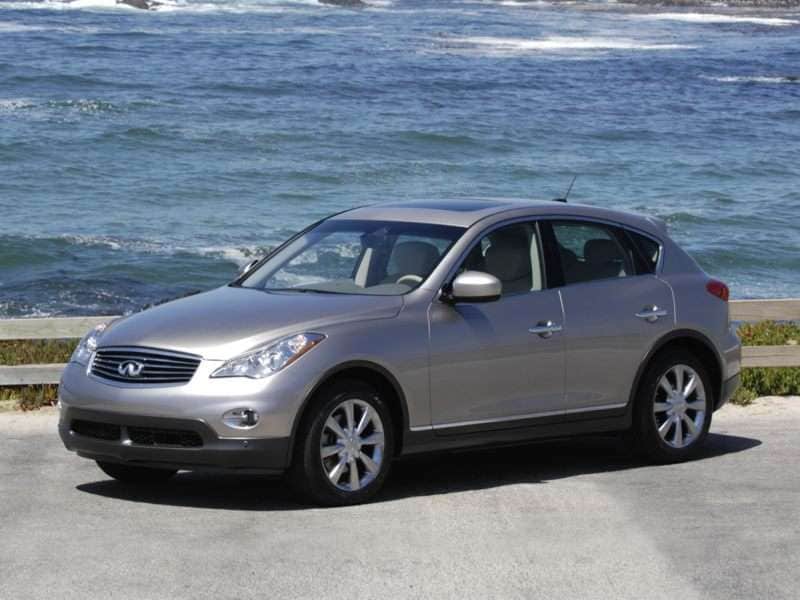 Infiniti is the luxury division of Nissan, launched in 1990 around the same time that Toyota introduced the world to Lexus.

Unlike Toyota, Nissan elected to debut its new Infiniti luxury brand with a touchy-feely ad campaign highlighting scenes of nature instead of its grille-less Q45 luxury sedan. By contrast, Lexus promised a relentless pursuit of perfection, accompanied by clear images of its new LS 400 luxury sedan idling with champagne glasses on the hood and a price tag in line with used BMW and Mercedes models. Lexus took off. Infiniti, not so much.

At first glance of our Infiniti pictures gallery, you might think the company A.) has a very diverse lineup or B.) has launched a number of models that didn’t last long. Neither is the case. While it is true that we have Infiniti photos for 35 different models – and that’s just since 1999 – the majority of them roll up into model series including the EX, FX, G, I, JX, M, Q, and QX. See all of our Infiniti images by selecting a model using the drop-down menu above.

Be sure to check out the 2003 Infiniti G35, the car that helped Infiniti finally establish firm footing in the U.S. luxury market. The G35 was a stylish and unique-looking rear-drive sports sedan that, unlike other Infiniti models, didn’t seem like a rebadged Nissan of some kind. Infiniti quickly followed up with the FX SUV, which emphasized the sport portion of the sport/utility equation. Then came the 2005 M35 sedan, another credible alternative to the status quo in the midsize luxury sport sedan class.

Future Infiniti models will conform to a new naming strategy, with “Q” designating car models and “QX” designating SUV models. The company is also planning to expand its lineup, and become a global luxury brand rather than one that is regionally competitive.