"The introduction of the Q50, with its distinctive design, engaging performance, world's first technologies and unmatched levels of connectivity and personalization, enables us to pursue a two-pronged strategy, said Infiniti Americas Vice President Ben Poore. "It creates room to strategically offer the repositioned G37 at the lower end of the near luxury segment in addition to the higher-positioned Q50. The two vehicles aim at different market segments and allow us to serve different customer needs."

Helping matters, the brand has significantly reduced the entry-point to the 2013 Infiniti G37 lineup, while doing the same to the lineup itself. Thus, the G sedan family will include just two models going forward, one with rear-wheel drive and an MSRP of $32,550, the other adding all-wheel drive and a sticker price of $34,150. Similarly, only two options will be offered: Navigation and “Premium” packages, highlighted by an Infiniti Hard Drive nav system in the former and a 10-speaker Bose “Studio on Wheels” setup in the latter. 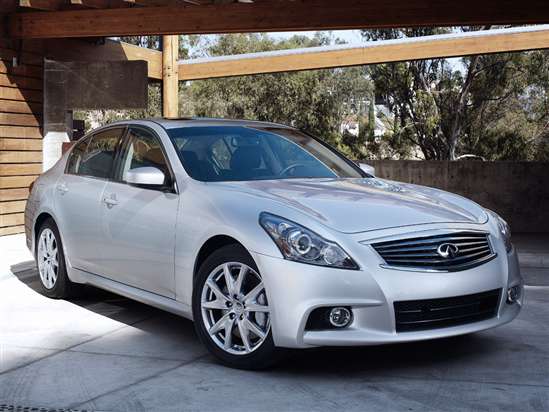