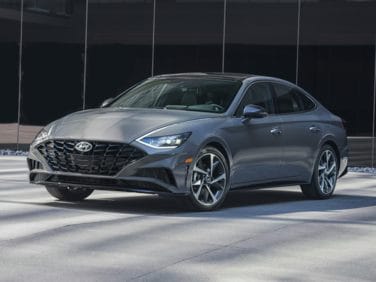 All About Hyundai Sonata

The Hyundai Sonata is a four-door, five passenger mid-size sedan. The Sonata is one of Hyundai’s vehicles which has been in production the longest. Dating back to 1988, the Sonata originally debuted with a drivetrain sourced from Mitsubishi. In the late 1990s, the mid-size vehicle finally came together with a mechanical and styling personality of its own, although the vehicle was at times criticized for borrowing too heavily from popular trends of the day. The sedan shared a platform with corporate partner Kia until 2006, when the vehicle was completely re-designed inside and out.

The 2009 Hyundai Sonata benefits from an extra refresh which was performed the previous year. The front end of the car had some of its angles softened, giving it a more open appearance compared to the aggressiveness of the older design. The taillights and interior were also tweaked. Engines have been upgraded to provide better fuel economy while still providing similar power. Each Sonata comes standard with a 175 horsepower, 2.4 liter 4-cylinder engine (reduced to 168 horsepower in states which require a partial zero emissions motor), while a 249 horsepower 3.3 liter V6 which generates 229 lb-ft of torque is optional across all trims.

When fitted with a 5-speed automatic, both motors achieve very similar fuel economy: 19 mile per gallon in the city for the V6 coupled with 29 miles per gallon on the highway. The 4-cylinder betters those numbers by 3 miles per gallon. For those who prefer to do their own shifting, a 5-speed manual is available with the smaller engine.

The Sonata GLS comes with a full range of power accessories (windows, door locks, mirrors) as well as 16-inch wheels and air conditioning. The SE upgrades to 17-inch wheels, a rear spoiler and fog lights to improve exterior styling, while inside a trip computer and leather-wrapped steering wheel help to dress things up. The range-topping Sonata Limited adds dual-climate controls, heated leather seats and exterior accents which lend the car a more stately appearance. All versions of the Sonata benefit from anti-lock brakes, electronic stability control and traction control, which are useful when guiding the front-wheel drive vehicle through snow and ice.

Performance is good across the board, regardless of which engine is selected. The 4-cylinder is a capable unit, and the V6 has actually become somewhat of a surprise success for Hyundai in the United States, as the vehicle’s unlimited top speed has made it popular amongst a younger crowd. The interior is quite with no real traces of highway noise, although rough pavement does create some bumping due to a stiffer than usual suspension designed to help alleviate complaints about the previous Sonata’s mushy handling and lack of driver communication.

Despite the improvements, the Sonata remains a vehicle for those who don’t expect much in terms of an exciting ride – it is designed as daily transportation, which is a role it fills very well. V6 power is nice to have, but it’s not necessary, and driving both available engines is a must when deciding on which option to spring for. The Sonata is a much better vehicle than it used to be, and Hyundai certainly isn’t slowing down when it comes to incremental enhancements.