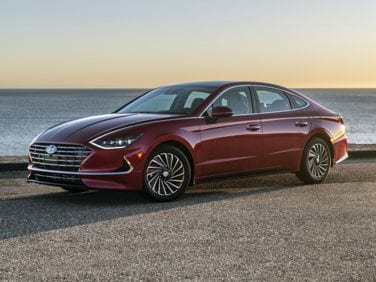 All About Hyundai Sonata Hybrid

The Sonata Hybrid is a fuel efficient gasoline-electric hybrid version of the South Korean auto manufacturer Hyundai’s mid-size car. Though the first generation of the Sonata was launched in 1985, the car, in its traditional gasoline format, was not introduced to North America until the second generation. It was not until the Los Angeles Auto Show in 2008 that Hyundai revealed they had greater aspirations for the Sonata, in the form of a Hyundai Blue Drive version of the Sonata that featured lithium polymer batteries for greater efficiency. The Hyundai Sonata Hybrid was later introduced as a 2011 model, and went on sale in the United States in late February of 2011.

The 2011 Hyundai Sonata Hybrid immediately gained recognition, as it was one of the five finalists for the 2011 Green Car of the Year Award, competing against two other gasoline-electric hybrid cars as well as two fully electric vehicles. The 2013 model year of the Sonata Hybrid enjoyed some updates from the previous model years. The Sonata Hybrid offers features such as Bluetooth wireless integration, an audio system featuring satellite radio and a six-speaker surround sound setup, dual zone climate control, keyless entry and push-button engine start, a touch screen navigation system, a rear-view monitoring camera, a panoramic sunroof, and heated and power seats. Hybrid engine performance is displayed in real time to help the driver monitor efficiency. Safety features on the Hyundai Sonata Hybrid are comprehensive, though not particularly cutting edge, as Hyundai strives to offer proven safety and reliability to a budget-conscious consumer. A design of full front, side, and curtain airbags in the Sonata Hybrid helped the car earn top ratings for side protection and overall crash protection.

The drivetrain in the Hyundai Sonata Hybrid is shared with the Kia Optima Hybrid, since Hyundai is Kia Motors’ parent company. This powertrain features a 2.4-liter four-cylinder engine paired to a 47 kW electric motor (an improvement over the 2011 model year’s 30 kW motor design), yielding 199 horsepower for the combination. The battery in the Sonata Hybrid is a lithium-polymer design that is lightweight and energy dense, yet it is engineered to discharge much slower and retain more energy, and Hyundai backs the battery with a limited lifetime warranty, the first such warranty offered on a hybrid. The drivetrain in the Sonata Hybrid is finished off by a six-speed automatic transmission. The electric motor is fully functional up to 74 mph, which means that the gasoline engine does not have to join in until the car is sustaining higher speeds. This, along with a computer controlled module that eases the transition between electric mode and gas mode and an engine hold feature that eliminates gas consumption and emissions at idle, helps the Sonata Hybrid increase its efficiency. The Sonata Hybrid features a 0-60 acceleration time of 8.1 seconds (compared to the gasoline Sonata’s time of 7.9 seconds) and boasts EPA fuel economy ratings of 36 mpg city, 40 mpg highway, and combined fuel economy of 38 mpg.