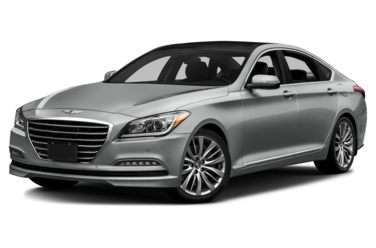 All About Hyundai Genesis

When the Hyundai Genesis was introduced for the 2009 model year, it was a hit—earning many significant awards for its parent company. Since its launch, annual sales of the Genesis have increased by more than 33 percent, earning Hyundai a reserved spot in the luxury car parking lot. This is a significant occurrence considering where the Hyundai brand was just ten short years ago. Back then; the word Hyundai was code for cheap-ass car.

While the introduction the Azera model telegraphed the brand’s intention to be seriously considered alongside more upscale models, when the rear-drive Genesis Coupe and Sedan bowed, that said Hyundai was very serious. Where the Azera was an entry-level luxury car, the aptly christened Genesis was the true beginning of Hyundai’s assault on the straight-out luxury marketplace. No “entry-level” qualifier was applied. The Genesis was the real thing.

Further, the Hyundai Genesis was the real thing with a sporting edge applied. The fact the car was poised on a rear-drive platform was fully exploited by Hyundai’s product planners. This became very evident when Hyundai offered the 5.0-liter V8 engine propelling the Genesis variant known as R-Spec. Pumping 429 horsepower and 376 ft-lbs of torque to the rear wheels through an eight-speed automatic transmission with paddle shifters immediately catapulted the Hyundai Genesis into the ranks of some of the most coveted luxury sports sedans extant.

Many are quick to point out the Genesis doesn’t offer all-wheel drive, and the Hyundai badge, despite the subsequent introduction of the high-end Equus model doesn’t have a significant amount of prestige attached to it. What they typically forget to say though, is you won’t find a new car on any of those other lots with all of the amenities the Genesis offers at anywhere near the price of a Genesis.

Back in 2003, the word Hyundai might well have been synonymous with cheap cars. Further, the brand was the butt of many a late-night talk-show host’s go-to comedic repertoire.

These days though, Hyundai is synonymous with one question.

Who’s got the last laugh now?