Hyundai’s made some inroads with its Genesis Coupe, although it’s taken a while for the car to gain the attention of tuning companies. The Genesis Coupe recently went through some upgrades and now it’s a contender for aftermarket attention. T.J. Keon from Autobytel recently attended the 2014 SEMA Show in Las Vegas, and there was a unique version of the Genesis Coupe on display in the Hyundai booth. T.J. talked to Sam Lee for the details about this aggressive coupe. Sam is a Hyundai and Kia enthusiast who was excited about the Genesis Coupe from the very beginning, since it’s the first real sports car to come from the Korean auto manufacturer. Sam felt confident that the 2-liter turbo rear-wheel-drive coupe would be the successor to the Nissan Silvia and had potential to become the preferred car for drifting. Sam was inspired by the stylish and sporty Genesis Coupe concept car that Hyundai showed before the car was released, and bought one as soon as it became available. Chicago-based tuning company Blood Type Racing was born out of Sam’s project, and the team has completely upgraded the Genesis Coupe’s engine with more boost for a total of 701 horsepower, as well as enhancing the car’s aesthetics with a prototype body kit. 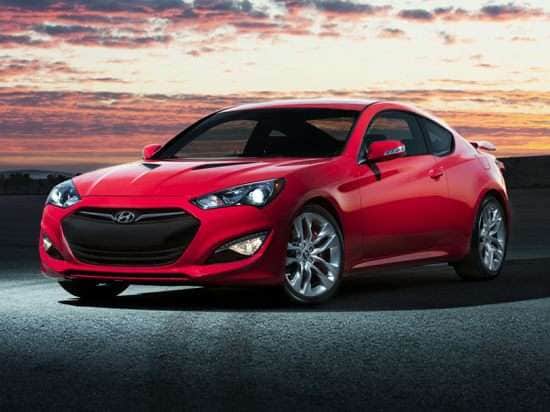