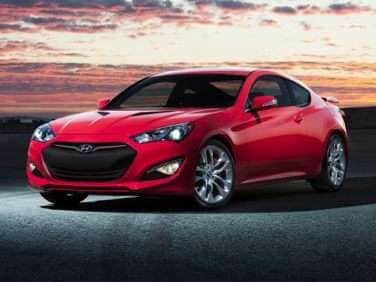 All About Hyundai Genesis Coupe

Anyone outside the auto industry watching Hyundai from a distance over the course of the last twenty-seven years would find it difficult to believe it the same company. Back then; its first U.S. offering was notable primarily for being the lowest-priced car in America. Called the Excel, the only thing it really excelled at was breaking down.

But, that was then—this is now.

Today’s Hyundai offers a raft of very fine automobiles, covering practically the entire spectrum of the automotive marketplace. Including the high performance sport coupe segment—which brings us the Hyundai Genesis Coupe. While its sedan counterpart offers a potent V8 engine; the naturally aspirated V6 and the turbocharged inline four cylinder powerplants fitted to the Genesis Coupe provide completely adequate motivation and more than a modicum of driving excitement.

Configured with rear-drive and offering the choice of a manual transmission option, the Hyundai Genesis Coupe is a serious entry for the segment. The base engine is a 2.0-liter turbocharged and direct injected inline four-cylinder with variable valve timing. As for output, 274 horsepower and 275 ft-lbs of torque are routed to the rear wheels by either a six-speed manual or an eight-speed automatic transmission. The 3.8-liter V6 engine delivers 348 horsepower and 295 ft-lbs of torque. The same two transmission options are available.

An ultra-high performance “R-Spec” version of the Hyundai Genesis Coupe is available with a more aggressive suspension system. The R-Spec package is offered with both engines and also includes a manual transmission, 19-inch wheels, Brembo brakes, and a limited slip diff.

It should be noted those output numbers are for cars built in model year 2012 and later. Prior to 2012, the 2.0T made 210 horsepower and the V6 produced 306 horsepower. There was also a slight styling change to the front end of the car for the 2012 model year. To our eye, the original face looks better, but your response might well be different. Of course given the output increase and the fact you drive the car from the inside, rather than the outside, the styling thing might not be such a big deal to performance-oriented drivers.

In typical Hyundai fashion, the feature to dollar content is very high. As standard equipment, you’ll find eighteen-inch wheels, Bluetooth, and a leather steering wheel in the base 2.0T iteration of the car. Move up to the V6, you’ll enjoy heated leather seats and parking sensors. If you’re looking for a value oriented sport coupe with respectable performance, the Hyundai Genesis Coupe might well fill the bill.