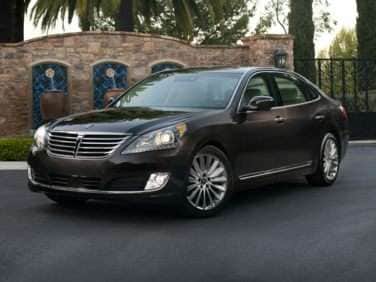 All About Hyundai Equus

The Hyundai Equus is a full size luxury sedan and serves as Hyundai's flagship model. The Korean auto manufacturer introduced the Equus in 1999, and it is still in production as of the 2013 model year. The Equus is the largest and highest priced sedan in the Hyundai lineup throughout the world. It is available in the Western Hemisphere as well as South Korea, China, and the Middle East. "Equus" is the Latin word for "horse."

The Hyundai Equus is also available as a long wheelbase limousine version, which has been adapted for both generations of the car and is exclusive to its domestic market of South Korea. It features a slightly different exterior with a modified grille, as well as several exclusive luxury features, such a massage system. The Equuus Limousine has also been modified into an armored vehicle version, several of which were put into service to protect South Korean political figures.

The first generation Hyundai Equus was introduced in 1999, initially available in only South Korea, China, and the Middle East; later, Hyundai rebadged a handful of Equus cars as the Hyundai Centenntial and exported them to Europe. It took until 2001 for Hyundai to show the Equus to the United States market, at the New York International Auto Show, but it was only to gauge reaction to the car, not as a formal or even potential model launch. The car was successful in its domestic market, but international audiences didn't perceive it as serious competition against the European and Japanese luxury sedans that Hyundai intended to compete against. The car was a collaboration with Mitsubishi, which sold its own version of the Equus, called the Proudia. The Equus was available throughout the first generation with a 3-liter V6, 3.3-liter V6, 3.5-liter V6, 3.8-liter V6 or 4.5-liter V8, all paired to a five-speed automatic transmission and front-wheel-drive configuration. The Equus enjoyed a refresh in 2003. From 1999 to 2008, the end of the first generation of Equus, it was assembled in Ulsan, South Korea.

The second generation Hyundai Equus is assembled in Ulsan, South Korea and Kaliningrad, Russia. It was introduced in 2009 and is still in production. This updated generation of the Equus is based on a completely new platform, which allowed Hyundai to change the car to a rear-wheel-drive configuration to help it compete against other luxury sedans. The United States version of the Equus premiered at the 2010 New York International Auto Show. It features a 4.6-liter V8 drivetrain borrowed from the Hyundai Genesis, that produces 385 horsepower. The Equus offers other drivetrain options in other markets, however, including a 3.8-liter V6, a 5-liter V8, and a 5.5-liter V8. Originally available only with a six-speed automatic transmission, an eight-speed automatic was introduced for the 2012 model year. The North American version of the Equus has styling similar to that of the Hyundai Genesis, which was introduced before the Equus, and became noted for its new high tech user manual, which comes pre-installed on an iPad included with the car, rather than in traditional print format.