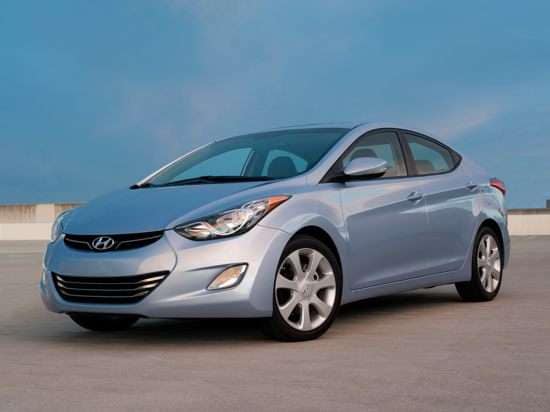 Changes for the 2013 Hyundai Elantra:

For the 2013 model year, two new body styles debut: a 2-door coupe and a 5-door hatchback. The 5-door is called the Elantra GT. Minor changes for the 4-door sedan include heated front seats added to the GLS Preferred Package, a power driver’s seat added as standard equipment for the Limited Sedan, and dual-zone automatic climate control added to the Limited Technology Package.

The 2013 Hyundai Elantra lineup includes a 2-door coupe in GS and SE trim levels, a 4-door sedan in GLS and Limited trim levels, and a 5-door hatchback in GT trim. The Elantra GT is discussed in a separate article.

According to the EPA, the 2013 Elantra is rated to get between 27 mpg in the city and 38 mpg on the highway, depending on body style and transmission choice.

Hyundai combines a telematics system, a remote access system, and a navigation system into an all-encompassing technology it calls Blue Link. Amongst its unique features is the ability to be notified via text if the car is driven beyond a set curfew, faster than a specific speed, or beyond set geographic parameters. It tracks the vehicle if you report it stolen, slowly cuts the engine power, and ultimately immobilizes it. Diagnostic reporting is performed automatically, and owners can track driving habits and fuel consumption on a website in order to analyze ways to improve mileage. Remote engine starting is offered through a smartphone app. These features are included in addition to a voice-controlled navigation system with real-time traffic information.