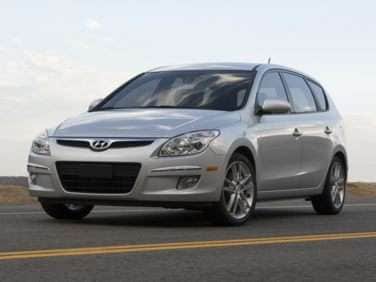 All About Hyundai Elantra Touring

When the Hyundai Elantra was introduced, it was equipped with a 1.6-liter four-cylinder dual overhead cam engine sourced from Mitsubishi. The engine yielded 113 horsepower and had a top speed of 116 miles per hour. After the Elantra’s first facelift, which became available in Europe in 1992 and in North America in 1993, a 1.8-liter inline-four, with an additional 11 horsepower, became available as an option. The facelift also brought the Elantra new features such as front airbags, anti-lock brakes, fog lamps, power side mirrors, and a new alloy wheel option. The Elantra went through several more cycles of revisions until Hyundai decided to expand the Elantra lineup with a station wagon option.

The Hyundai Elantra Touring was designed and engineered based on the third generation of the European-market Elantra sedan, and the interior was designed in Hyundai’s European design studio. Though the Elantra Touring was similar mechanically to the sedan, sharing some components, the station wagon design required a somewhat longer wheelbase. Hyundai also gave the Elantra Touring a sportier suspension than the sedan, as well as a slightly different exterior design. The interior of the Elantra Touring was capable of comfortably seating four adults as well as a hatch full of cargo. The first year it was available, 2009, the Elantra Touring had only one trim level with a decent list of features. For the Elantra Touring’s remaining few years, Hyundai offered the vehicle in GLS and SE trim. The GLS featured air conditioning, power accessories, a split folding rear seat, a tilt steering wheel and a six-speaker audio system with USB and iPod connectivity. An optional equipment package provided roof rails, an upgraded steering wheel with telescoping, an adjustable driver’s seat and better upholstery. The SE trim level included all of those features as well as a sunroof, heated front seats, leather upholstery, and 17-inch alloys. Buyers of both trim levels could add Bluetooth wireless connectivity as an option.

The Elantra Touring had only one drivetrain over the course of its availability in North America. The vehicle featured a 2-liter four-cylinder engine that could be paired to a standard five-speed manual transmission or an optional four-speed automatic. The engine yielded 138 horsepower. Reviews of the Elantra Touring, at the time of its release, offered the opinion that the SE trim level provided a better driving experience, in spite of the heavier weight as a result of all the optional equipment and extra features. When the Hyundai Elantra Touring was discontinued in 2012, Hyundai replaced it with the Elantra GT, a sporty five-door hatchback that still provides much of the functionality offered by the Touring wagon.