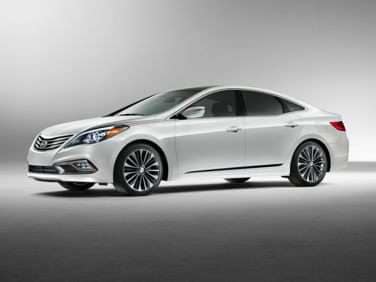 All About Hyundai Azera

The Hyundai Azera is a four-door, five passenger mid-size luxury sedan. Hyundai began to make forays into luxury offerings in the late 1990s with the XG300. Exported to North America for the first time in 2001, the XG300 bored a mish-mash of styling cues but was equipped with a large number of luxury options at a much lower price than the German or Japanese competition. The XG series was sold until 2005, when it was replaced by the sleeker, more impressive Azera. The Azera is positioned as the most upscale front-wheel drive sedan in the Hyundai lineup.

The Azera is heavily marketed against the BMW 5 and 7 Series, and while at first that might seem a bit strange, on closer inspection the vehicles do compete in certain areas. The Azera is available with two V6 engines which encroach on the power numbers of the German manufacturer. The Azera GLS finds itself with a 3.3 liter V-6 under the hood that is good for 234 horsepower and 225 lb-ft of torque. The top-end Limited version of the Azera employs a 3.8 liter V-6 which churns out 263 horsepower and 257 lb-ft. When shifted through the Shiftronic 5-speed automatic, the Limited can hit 60 miles per hour in only 6.0 seconds. This puts it squarely in the sights of the entry level 5 Series.

The Azera doesn’t just go toe to toe with BMW on performance, however. The GLS boasts 17-inch wheels, electronic stability and traction control, and LED taillights. Inside, the passenger compartment is outfitted with power windows and door locks, satellite radio, an MP3 player and a trip computer. The Limited adds a glass sunroof, heated leather seats and an Infinity stereo system, as well as interior room that rivals a full-size luxury cruiser. At $10,000 less than a comparably equipped German sport sedan, the Azera follows Hyundai’s history of swamping buyers with standard equipment for a reduced price when compared to the competition.

Of course, when it comes to driving impressions, it is difficult for a front-wheel drive sedan to adequately match rear-wheel drive expectations. It is more fair to compare the Azera to similarly-sized competition from Nissan, Buick and Toyota which use the same drivetrain layout. With the bar lowered to this point, the Azera acquits itself well, with either V-6 engine providing excellent power and the electronic transmission shifting with reasonably smooth precision. This comes at a price, however: fuel economy numbers for the mid-size sedan are 17 miles per gallon in the city and 26 on the highway when in Limited trim. Handling is at par for a vehicle in its class, and it easily matches some of the more expensive front-wheel drive sedans on the market. The car is also comfortable, with the suspension absorbing most of what the roughest roads can throw at it.

The Hyundai Azera provides excellent value, especially in terms of power and standard features. While it may tout itself as a world-beater, the reality is that the Azera functions best as a luxury sedan for buyers on a budget – which is not such a bad thing, after all.