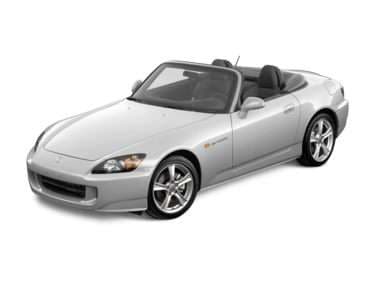 The Honda S2000 is a two-passenger, open-topped roadster. The original Honda S2000 roadster came out in 2000. This debut two-seater offered a 2.0 liter engine offering 240 horsepower. Room for only two passengers and no cargo limited its functionality and therefore consumer market. The back window was plastic to keep the weight of the vehicle down but it did come equipped with leather seats and air conditioning. In 2002, Honda changed the rear window to glass and added in an upgraded music system. By 2004, the roadster had 17 inch wheels and a new 2.2 liter engine. More smaller changes were made over 2006 and 2007 year models and in 2008, a whole new version was added to the lineup. This is called the club racer model or the 2008 Honda S2000 CR.

The Honda S2000 CR has a removable hard top and track-ready suspension. Honda also added body cladding. The other S2000 models offer a power soft top and heated glass rear windows for convenience. Also standard on the base models are leather upholstery, Xenon headlights, 17 inch tires and even a CD player music system.

The 2008 Honda S2000 has been updated to include a stronger suspension and improved Bridgestone tires. However, there is no spare wheel. It has been removed to keep the weight of the vehicle down. The engine remains the same.

The exterior of the Honda S2000 CR model has been significantly updated but the standard S2000 remains the same. One complaint found with this vehicle is the stiff suspension but it does receive high ratings for its superior speed, sleek styling, and its responsive handling. The interior of the vehicle is smaller and could be confining for any tall drivers. This is typical of any two-seater.

One thing to mention on the 2008 Honda S2000 CR is that in order to lighten the vehicle as much as possible for additional performance, the standard model comes without a stereo, air conditioning, sound insulation or a top. There are several heavier than normal components added into this model that makes lightening it a necessity. Some of these added parts include rear wing, wider rear tears and body strengthening components. The 2009 CR is 99 pounds lighter that the 2008 version. By just adding in the standard aluminum hardtop, the CR’s weight goes from 2,765 pounds to a hefty 2,813 pounds. Only a few consumers will be willing to make this trade-off.

The S2000 is available in three trims, all are equipped with a standard 2.2 L, four-cylinder that produces 237 hp and come standard with a six-speed manual transmission. The EPA fuel economy rating for both the 2008 and 2009 Honda S2000 is 18 mpg in the city and 25 mpg on the highway.

The safety features for the 2008 Honda S2000 include ABS, antiskid system, traction control. The S2000 has performed well on the crash tests, receiving five stars in the rollover and side-impact crash tests. For the front impact crash tests for both driver and passenger, the vehicle received a four star rating. Against other two-seater vehicles and low end convertibles, the S2000 rates well for safety.

The 2009 Honda S200 is a carryover from 2008. The 2009 S2000 is sold in either base or CR trim. Both are provided with the same 237 horsepower, 2.2 liter 4-cylinder engine that also outputs 162 lb-ft of torque. A 6-speed manual transmission is the only transmission choice, and fuel economy for both is rated at 18 miles per gallon in the city and 25 miles per gallon on the highway.