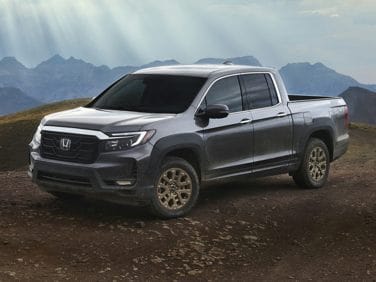 All About Honda Ridgeline

The Honda Ridgeline is a four-door, five-passenger pickup truck.The original Honda Ridgeline, a mid-sized pickup truck, first arrived in 2006. This vehicle was built on a single body unit with an independent four wheel suspension. This unique vehicle is a distinctive statement in the truck market. With the Ridgeline, Honda seemed to target consumers who wanted a second vehicle looking for more recreational utility or functionality for work and family life.

The 2008 Honda Ridgeline for all its unique look is built on simple lines. Honda offers only one body structure and one powertrain. This is in direct contrast to the competition like Toyota and Nissan who both offer multitudes of powertains, cabins, configurations and trims. The Ridgeline is available as a 4 wheel drive, four-door, short box with a 247 horsepower, 3.5 liter V6 engine and comes in several trims.

The Honda Ridgeline offers a one-body structure or unibody construction, which means that the cargo box is integrated into the bodywork of the vehicle.

The interior of the Ridgeline is spacious, offering comfortable sitting room for five people. There are roomy bucket seats in the front with good back support. Between the seats is a large storage unit that offers different configurations to suit the driver and passenger. The dashboard is also impressively large. The controls are large and easily used. The five speed automatic transmission has a solid feel to it just like the rest of the vehicle. Its an easy to drive and easy to ride in vehicle.

In the rear of the cab is a bench seat that easily holds three adults comfortably – even in legroom. There is also a fair bit of storage under the bench seat which offers 60/40 split cushions for easy lifting.

The Honda Ridgeline does offer a decent ground clearance which also makes the step up for getting into the cab a little higher. However, the ground clearance is great for taking this lightweight vehicle off-roading making it fun for everyone.

Another unique element of the Honda Ridgeline is the lockable In-Bed Trunk. This area offers 8.51 cubic feet of secure storage. The part of this trunk that is closest to the cab holds the spare tire. This factor shows the thought that has gone into the design of the vehicle and clearly shows the functionality element for the consumer.

Making it easy to access the contents of the cargo box is Honda’s dual–action tailgate. This can be opened vertically or horizontally, depending on what’s needed. When folded flat, the tailgate offers just under a foot of extra floor space. The payload on this tailgate is 300 pounds.

The 2008 Honda Ridgeline RT has an EPA fuel economy rating of 15 mpg in the city and 20 mpg on the highway. All trims have the same rating. The basic RT trim and the much pricier RTL with navigation system trim have a price difference of close to $7,000.

The 2009 Honda Ridgeline has been given an exterior refresh and a slight power boost when compared to the 2008 model. The RTX trim is also no longer available. The 2009 Ridgeline comes in RT, RTS and RTL trims. Each is powered by a 3.5 liter V6 engine that produces 250 horsepower and 247 lb-ft of torque. A 5-speed automatic is the only transmission choice, and four-wheel drive is standard equipment. The 2009 Ridgeline’s fuel economy is rated at 15 miles per gallon in the city and 20 miles per gallon on the highway.